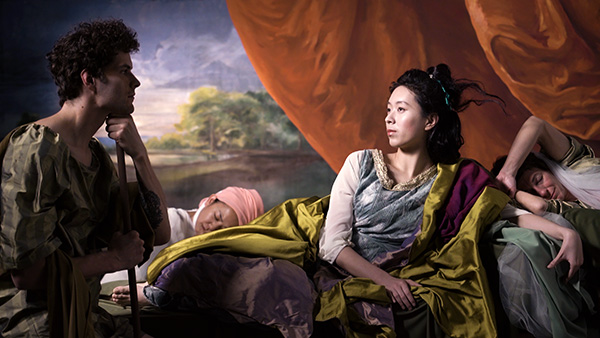 Adad Hannah’s The Decameron Retold is a newly commissioned work by the Richmond Art Gallery. It is based on Giovanni Boccaccio’s 14th century work, The Decameron, a collection of novellas comprised of one hundred tales told by ten young women and men sequestered in a villa outside of Florence to escape the Black Plague.

For the exhibition Hannah has created a series of video tableaux vivants using Boccaccio’s frame narrative as the departure point.  Working with community members in front of and behind the camera, and incorporating local stories gathered through an open call, participants lay their own stories over The Decameron’s structure. This new narrative expands Hannah’s typical improvisational approach to production and community engagement.

Adad Hannah was born in New York in 1971, spent his childhood in Israel and England, and moved to Vancouver in the early 1980s. 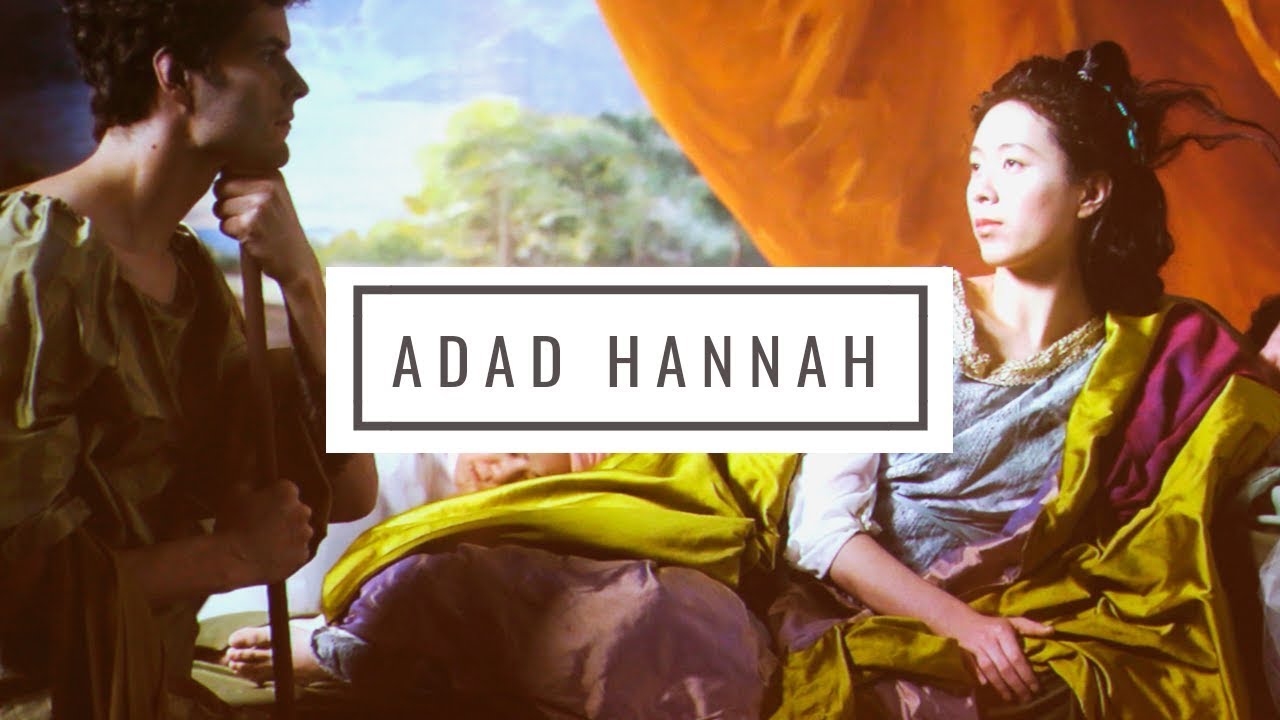 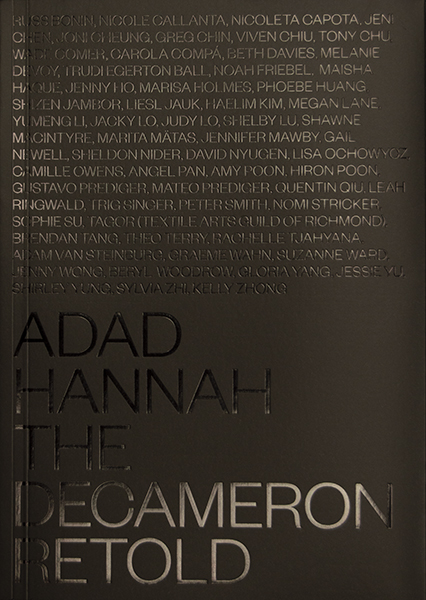 Purchase for $15
See all publications.