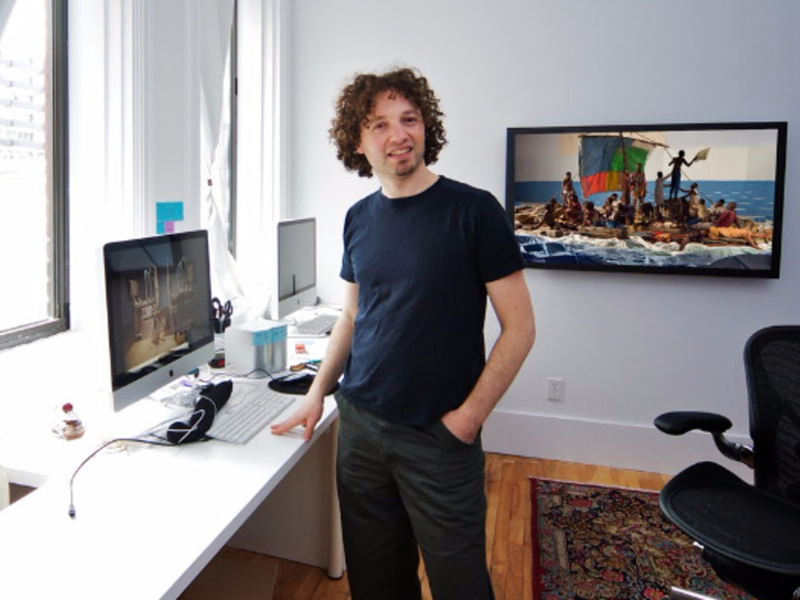 The Richmond Art Gallery’s Artist Salon is a free monthly program for artists to connect, network and learn from each other.

The final 2018 Salon Session features renowned Canadian artist, Adad Hannah, sharing his previous photographic works and discussing his art practice including the operation of his studio, working with community, and exhibiting in galleries/museums in other countries.  He will also introduce his newly commissioned work and upcoming exhibition, The Decameron Retold, opening at Richmond Art Gallery on February 9, 2019. Participants will be invited to ask questions about his practice and also to find out how to get involved in his upcoming project.

Hannah’s photographic art practice includes recreating paintings in art history through tableaux vivants.  Tableaux vivants, living pictures, were popular in the late 19th and early 20th centuries.   They were static scenes containing actors or models, costumed and carefully staged. In the RAG project, Hannah will construct the props and scenery on site, and photograph and film the volunteer ‘actors’ within the theatrical setting. The images taken by Hannah will appear in the exhibition, the catalogue and potentially disseminated through other means post-exhibition.

Hannah will be inviting community members to work with him and become part of the project.  This is a rare opportunity to work with an artist of Hannah’s experience and to  see what goes on behind the scenes of the art making process. Volunteers are needed to assist in various aspects of the production, such as contributing personal stories, acting, sewing, cooking and general production. Join us this evening to learn more about Hannah’s artistic process, and get involved in an exciting new 2019 project!

About the Presenter:
Adad Hannah was born in New York in 1971, spent his childhood in Israel and England, and moved to Vancouver in the early 1980s. He lives and works between Montreal and Vancouver.