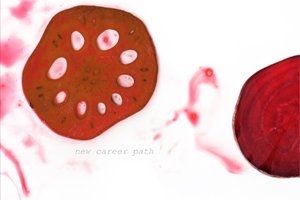 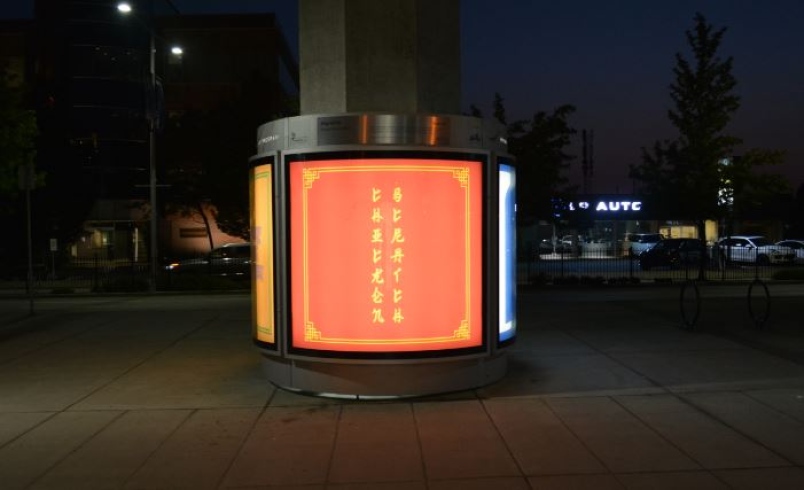 The Richmond Art Gallery’s Artist Salon is an opportunity for emerging and established artists to meet other artists, share or present current work with peers, and discuss upcoming opportunities in the arts community.

In August, join us to hear about the final exhibition on the theme of “migration” for the No.3 Road Art Columns and what the mentor and mentee experiences were like for artists Evan Lee, Crystal Ho and Chad Wong. The artists will discuss their process and the work they produced as part of a year-long pilot public art project to provide support and mentoring opportunities for artists entering the field of public art practice. Discussion moderated by Tyler Russell, Director/Curator of Centre A in Vancouver.

Free admission, all levels of visual artists welcome to attend.

Evan Lee (b. 1975) received his MFA from the University of British Columbia in 2000. He is known for exhibitions of his experimental photo-based work but also for working across the range of media and subjects, as well as for teaching and writing. Lee was selected as the West Coast and the Yukon finalist for the 2014 Sobey Art Award and was been commissioned for a Public Art Project at River Park Place in Richmond, BC installed in 2016. Lee’s work has been featured and reviewed in Border Crossings, Flash Art International, Lapiz International Art Magazine, Yishu Journal of Contemporary Chinese Art, Canadian Art, and Art on Paper.Lee has taught at the Emily Carr Institute of Art + Design and in the Department of Fine Arts at UBC. He served on the Board of Directors of Centre A and is represented by Monte Clark Gallery in Vancouver.

Crystal Ho is a visual artist who born in Hong Kong, and raised in Richmond. Her works are heavily influenced by her family heritage, the cross-cultural experiences and the diversity in nature. She uses vivid colors and biomorphic forms, figures and everyday objects to introduce a dynamic sense of movement to her imagery. Ho’s works have caught the eyes of BuzzFeed, Novus TV, CTV, Etsy Blog, Westcoast Families, and DailyHive. Ho earned a double major in Visual Arts and Computer Science from the University of British Columbia in 2011.

Chad Wong earned his BFA at the University of British Columbia with a double major in visual arts and art history, and has participated in multiple juried group shows.  He was the recipient of the Andrew MacIntosh Memorial Book Prize awarded for best-in-show for his graduating group exhibition.  Chad’s work often focuses on the intricacies of the experiences of a second generation immigrant, and is primarily photo and installation based.  His subject matter revolves around domestic and suburban settings; juxtaposing the body with its surroundings. Chad is largely inspired by Stuart Hall’s concept of ‘double displacement’, which speaks of the alienation that immigrants feel when returning home after leaving for a long period of time, unable to fit into any context.  It is this in-between status of a second generation immigrant that fascinates and drives him to explore the past, be it art historical or personal, to establish an identity in relation to his predecessors and ancestors.

Tyler Russell holds a BA in International Development Studies from Dalhousie University and an MA in New Intermedia Art from Tokyo National University of Fine Art and Music. He has worked on well over 50 exhibitions and artistic projects both in Canada and internationally, including Busan Biennale, Yokohama Triennale and Platform Seoul. Prior to joining Centre A in 2014 he founded and ran Café for Contemporary Art, an independent art space in North Vancouver that engaged art’s role in community building and enriching public discourse. He is interested in art’s role in interlingual/intercultural mutual understanding, empathy and community.  He is a 2018 Curator-in-Residence at the Taipei National University of Art’s Kuandu Museum of Fine Art.