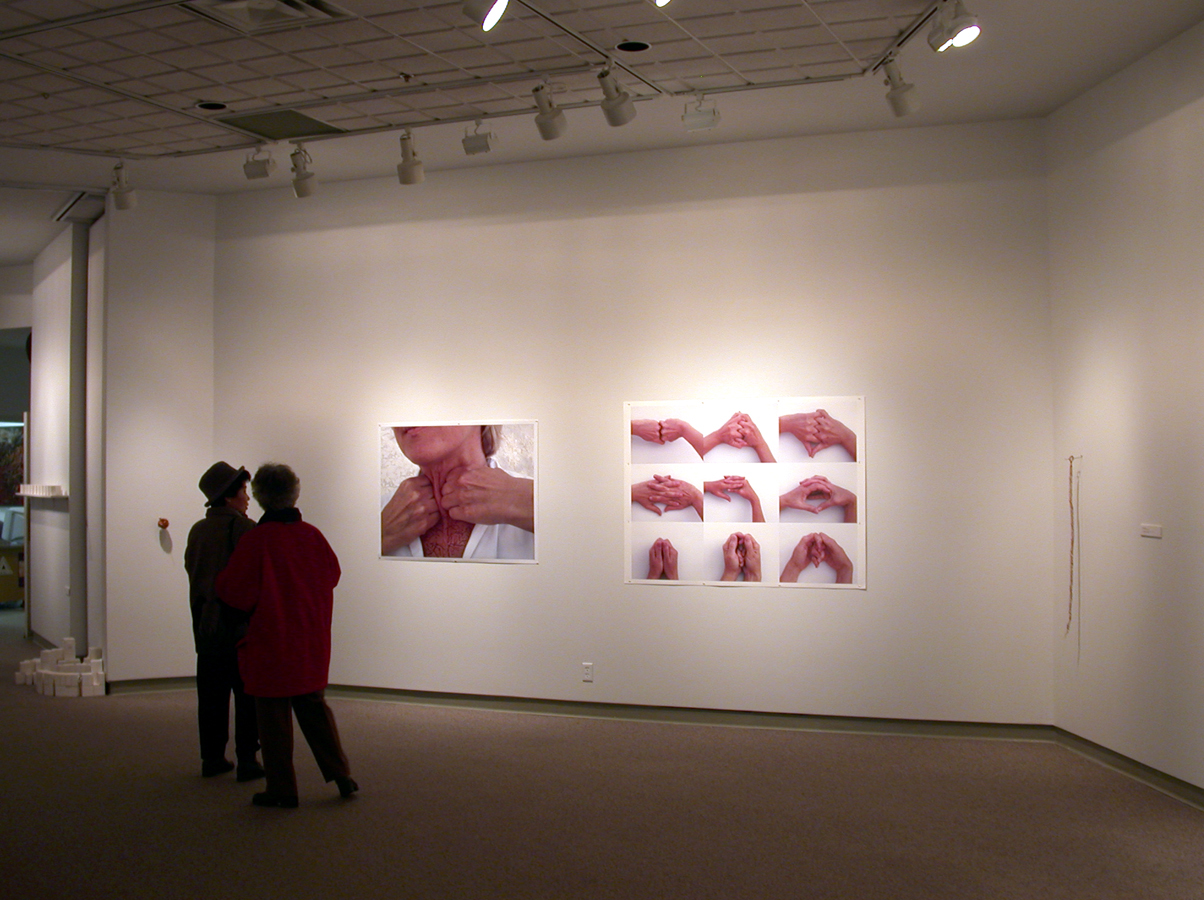 
Artists, selected by the curator, are included from locations where Unexpected Encounter has been exhibited:

Unexpected Encounter includes a local artist from each city where it is exhibited. This furthers the curatorial interest in the response to ruptures in the ordered flow of existence caused by a breakdown in expectations. The artworks also convey the difficulty of human communication and articulate an urge to make a home or to nest, however briefly.

The curatorial intention is two fold: to foreground the creative process as it calms the jammed space of a disrupted relationship to the world, and to forward the dynamical impulse generated from disequilibrium. The diversity of voices in this project presents a shape of wholeness and gives value to a nesting instinct that displaces melancholia and nostalgia.