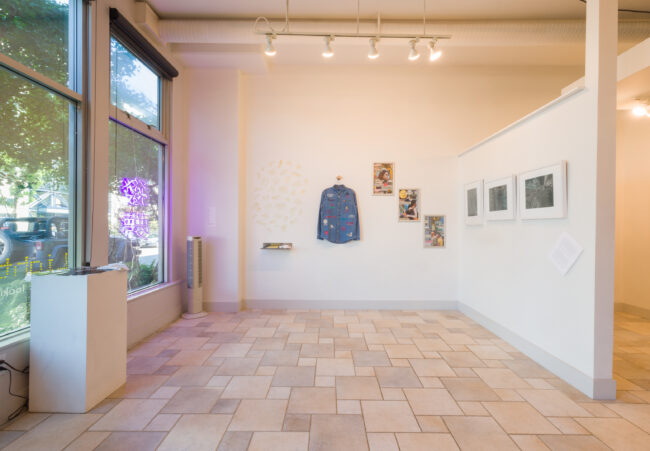 A response to Light Hours

Richmond Art Gallery in partnership with Hotam Press Gallery presents a conversation in response to the current exhibition ‘Light Hours’ at Hotam Press Gallery (June 12 to August 29, 2021). ‘Light Hours’ brings together 11 Canadian artists of Hong Kong descent to explore their relationship to this city with a history of colonial British past and a communist Chinese present. The locale known as Hong Kong exists physically and psychically, in both individual and collective memories. Coming from different generations, backgrounds and practices in Canada, the artists explore their own personal connection and affiliation between the two worlds.

Join us as we explore the artistic and curatorial impulses and lineages that motivate and reframe transpacific belonging.  Featuring the creative processes of Ho Tam, Karilynn Ming Ho, and Godfre Leung, Cissie Fu moderates a discussion that invites us to consider “Light Hours”–an exhibition that connects experiences and memories across times and zones during pandemic-enforced distancing–through the lens of transnational kinship.  As Hong Kong negotiates its post-colonial identity under the heel of imperialism, let’s compare and contrast how making and living on unceded territories can reflect the ambivalence and activate the ambiguities that art does best.

Dr. Cissie Fu is Dean of the Faculty of Culture + Community at Emily Carr University of Art + Design and Co-Founder of the Political Arts Initiative, which invites 21st-century imag-e-nations of the political though digital technology and the creative and performing arts.  Born in Hong Kong, she has studied, taught, organised, curated, and performed across cultural and educational institutions in Asia, Europe, the UK, and the Americas.  Her research interests sit at the nexus of political theory, participatory aesthetics, and artistic activism.

Godfre Leung is a critic and curator based between the lands currently known as Vancouver and Calgary. His writing has appeared in magazines such as ArtAsiaPacific, Art in America, and Yishu: Journal of Contemporary Chinese Art, and has been commissioned for publications by institutions including the Museum of Modern Art and Walker Art Center. As part of his recently concluded project unstately, he organized the exhibitions Pao Houa Her: Emplotment (Or Gallery, 2020) and Guesthood and Alienhood: Sun Yung Shin, Jinny Yu, Republic of the Other (Hotam Press Bookshop/Gallery, 2021), and commissioned the literary work granted to a foreign citizen by Sun Yung Shin (Artspeak, 2020). He is currently working with artist Christopher K. Ho on an ongoing project called “Hong Kong is a Loaded Term.”

Karilynn Ming Ho is an interdisciplinary artist based in Vancouver on the unceded territories of the Musqueam, Squamish, and Tsleil-Waututh First Nations. Her work is predominately focused on conceptual and formal ideas around performativity, the body, technology, and screen culture, existing through digital collage, sculpture, video, and installation. She is a third-generation Chinese Canadian settler on her maternal side, and her father is from Hong Kong. She has exhibited in solo shows across Canada including the Glenbow Museum, Calgary; Trinity Square Video, Toronto; and Optica Centre d’art Contemporain, Montreal. Her work has been screened widely in film and performance festivals in Canada, the US, and France.

Ho Tam was born in Hong Kong, educated in Canada and the U.S. and worked in advertising companies and community psychiatric facilities before turning to art. He practices in multiple disciplines including photography, video, painting and print media. Tam has made over 20 experimental videos and films. His work was exhibited internationally, including the traveling exhibition Magnetic North: Canadian Experimental Video, organized by Walker Art Center, Minnesota. His feature documentary film “Books of James” was awarded Outstanding Artistic Achievement (Outfest, LA) and Best Feature Documentary (Tel Aviv LGBT Film Festival) in 2008. Since 2010s, Tam has been focusing on independent publishing of artist’s books and zines. Currently he manages a bookshop/gallery in Vancouver.