Project Rainbow are Jesse Birch, Jade Boyd, Sydney Vermont, and Heidi Nutley, a group of Vancouver-based interdisciplinary artists who collaborate to explore the study of colour through photography, film, video, and movement. Their projects are research based and often derive from literature, dance, film, and art history and have included diverse sources such as Honoré de Balzac, Maya Deren, and Yvonne Rainer. Through a series of idiosyncratic steps, Project Rainbow translates their research from theoretical reference to gestural act.

The Ruby Glass, a study of the colour red, takes its name from Werner Herzog’s 1976 film, Herz aus Glas in which Herzog claimed to have hypnotized his actors in the filming of a pastoral village’s obsession with red glass. Motivated by the manner in which Herzog’s film instigated a space of interrogation of movement that ranged from repressed or involuntary gestures to gestures of agency or control, Project Rainbow has produced a series of new works, conceptually organised as workshops, that take the form of performance art, video, film, dance, and photography. Cued by Herzog’s film, these projects comment on the institutionalization of knowledge and art production.The Ruby Glass offers a possible intervention by opening a dialogue on the relationship of media to the physical body in motion and by recognizing audience interaction as a productive resource.

Project Rainbow are Jade Boyd, Jesse Birch, Sydney Vermont, and Heidi Nutley, a group of Vancouver-based interdisciplinary artists who collaborate to explore the study of colour through photography, film, video, and movement. Project Rainbow’s projects include L’Human Comedy at Artspeak Gallery (2005) and Variations on Green at East Van Studios (2006). They have recently been awarded a public art commission by the city of Vancouver for 2010 titled Blue.

Kathy Slade is an artist who lives and works in Vancouver. Her work has been exhibited in Canada, the USA, the UK, Ireland, Germany, Sweden, and China. Slade is the founding editor of the Emily Carr University Press and is co-director of The Music Appreciation Society. She is represented by Lawrence Eng Gallery. Recently Slade received the 2009 VIVA Award. 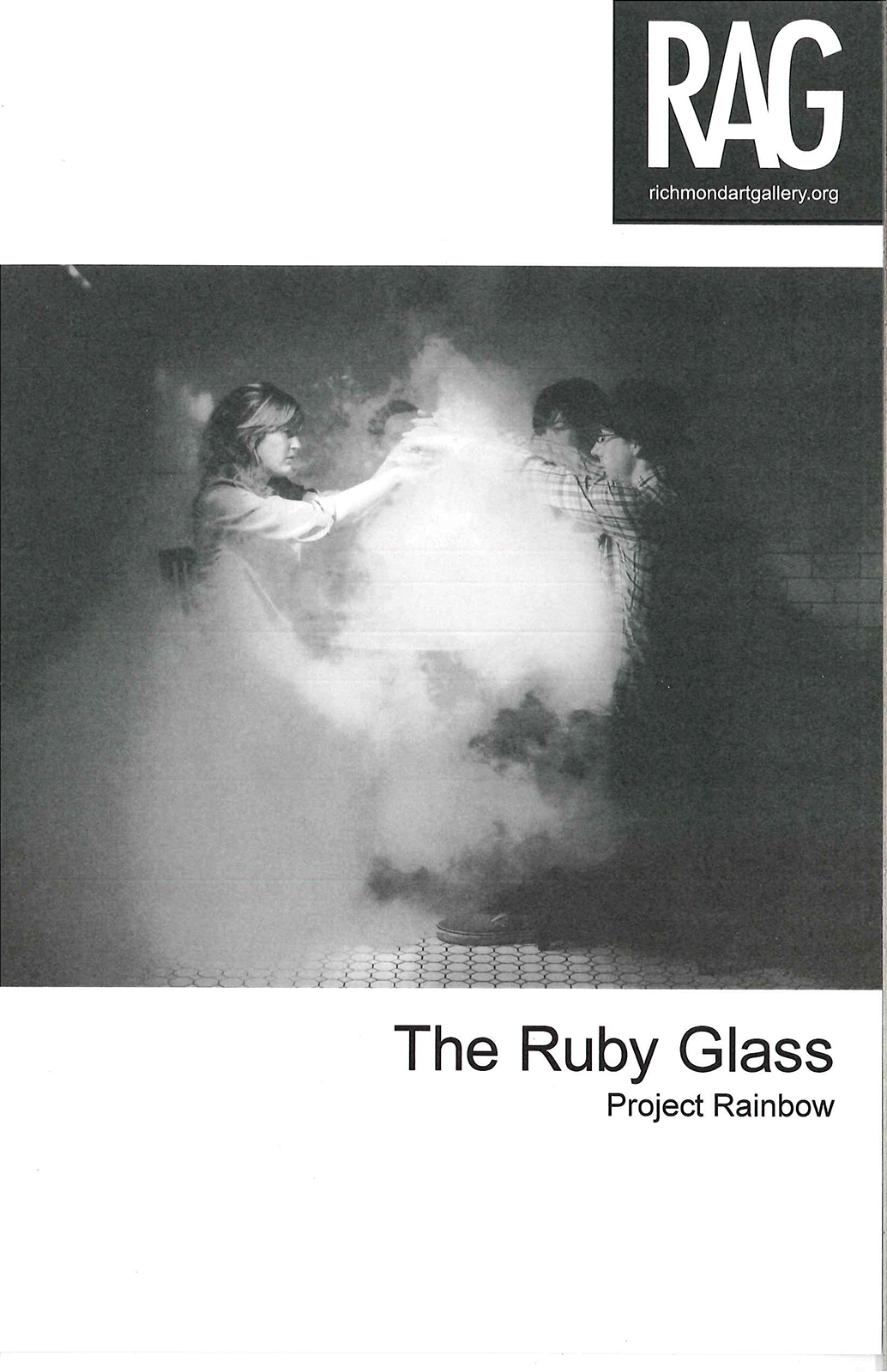