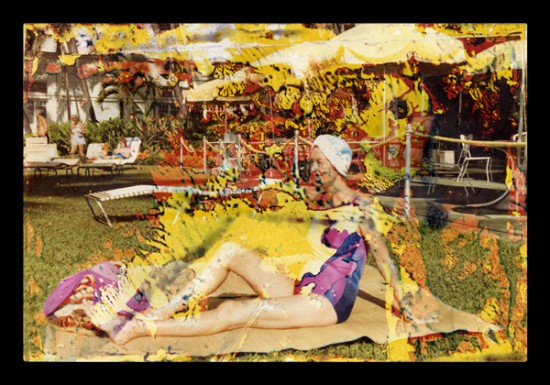 Heather Passmore reconfigures used and overlooked materials to examine her own concerns about ascribed hierarchies of cultural value. The Bikini Project was instigated when the Vancouver-based artist was given a photo album found floating in Howe Sound. The album contained over 300 snapshots of women at the beach. She has digitized the damaged snapshots and displays them in the gallery as projected images. Passmore doesn’t use these images as artefacts in an attempt to unlock their previous meaning or objective value as art objects but rather seeks to offer an alternative mode of representing everyday practices. The artist uses her shared authorship with the album’s anonymous creator as a means to examine the often-complex relationship between creator, subject, and audience.

ARTIST BIOGRAPHY
Heather Passmore earned both a Bachelor and Master of Fine Arts from the University of British Columbia. She has exhibited her work since 1994 with solo and group exhibitions throughout the Lower Mainland and in Dawson City, Yukon. She has upcoming exhibitions planned for both Halifax and Kingston, Ontario.