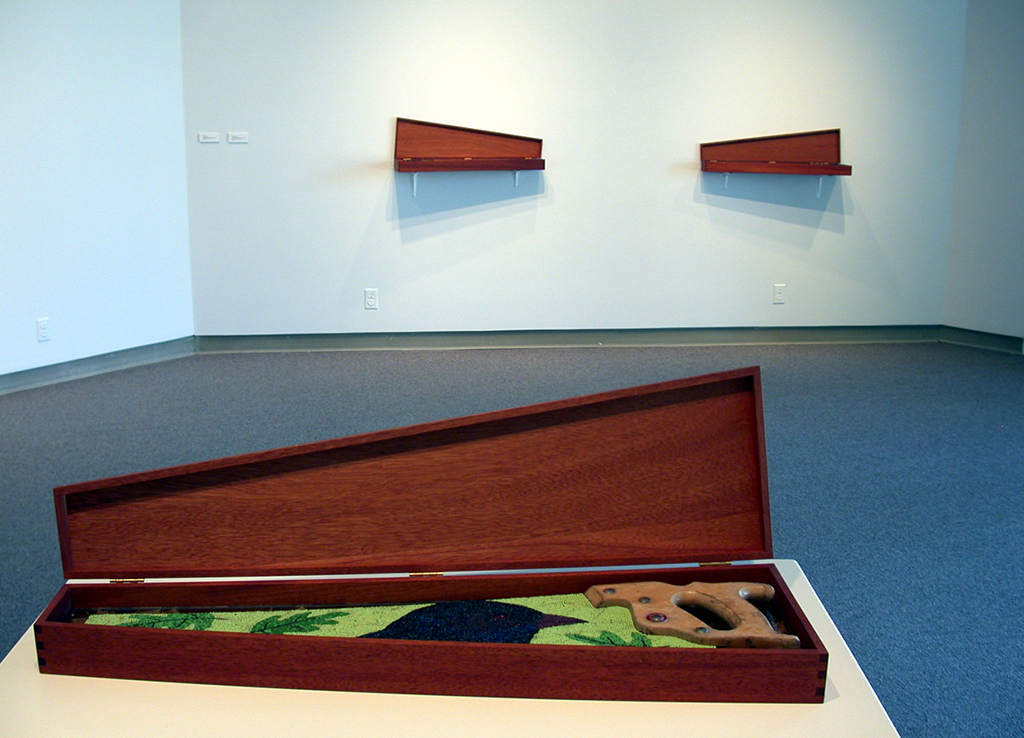 Living around the sound of the saw being played as a musical instrument by Robert Minden; seeing several old timers marketing their worn out saws, meticulously oil painted with farm landscapes on them; having lots of glass seed beads and ‘borrowing’ our household saw… I began this growing collection of saws that illustrate images of endangered birds.

This work addresses my concern for the plight of songbirds. It bears witness to the diminishing songbirds in our neighbourhoods as encroaching development coupled with a rise in the number of domestic cats, crows, starling and squirrel threaten the songbird populations.

The significance of the carpenter’s saw is tow-fold: firstly, it represents the cutting down of the songbird’s natural habitat and the construction of human habitats, and secondly, it has been used as a folk musical instrument which produces song. The hauntingly beautiful sound of the ordinary carpenter’s hand saw when it is transformed into a musical instrument, ironically references the sounds of the bird songs that are disappearing.

These metal and glass works reference and celebrate the rich history of bead work and folk art.