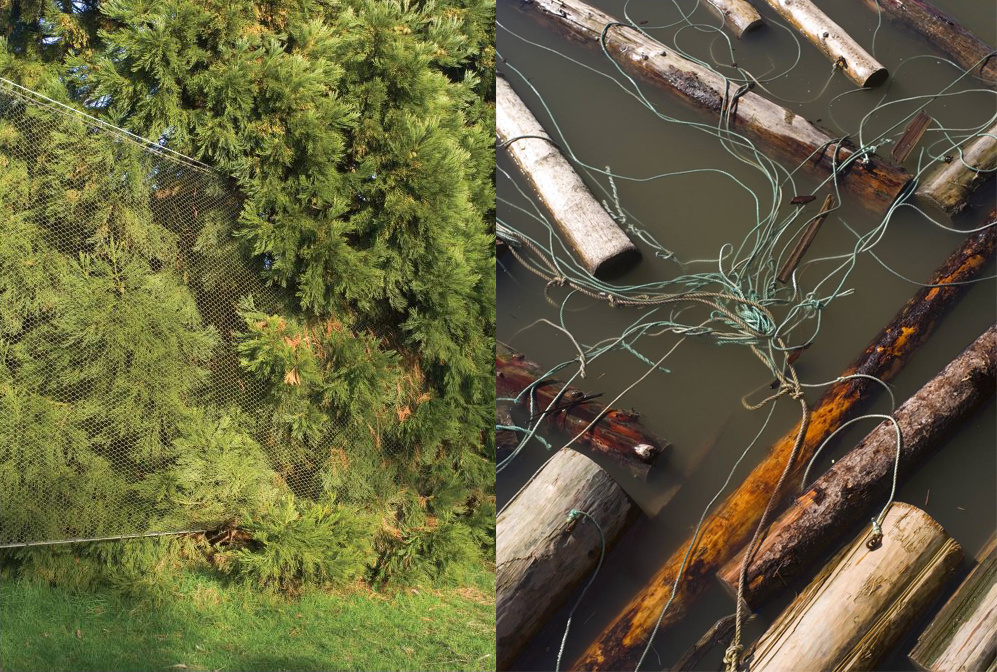 
In the spring of 2013, David Semeniuk and Alice Campbell embarked upon a series of long walks, tracing the boundaries of the contemporary City of Vancouver. The photographs of Perimeter document a process that shares a methodology with Aristotle’s Peripatetic school, the informal Athenian institution where members conducted philosophical and scientific inquiries while perambulatory.

Semeniuk’s photographic explorations of the city limits sometimes depict places where edges blur. Weeds, broken concrete, and fences breached can capture this liminality in images. Where a city meets a bordering municipality is the planner’s no man’s land. Yet these spaces have been lifeways and rich habitat. Their marginal status is arbitrary, and colonial boundaries can be seen as artificial impositions. As Campbell puts it, “The histories of Vancouver’s boundaries reveal a history of dispossession and contestation. . . . As features of the colonial present, these boundaries have political urgency, as they have historically, and continue to structure Aboriginal and non-Aboriginal peoples’ economic lives.”

These two works from the Perimeter series explore Vancouver’s shared border with Richmond, along the natural boundary formed by the Fraser River. Captured in proximity to Bridgeport Station where they are now installed, the works show details of these landscapes: the log booms that have displaced salmon runs in the Fraser River in Vancouver Transit Centre, 3.3.13, and the greenway behind a luxury golf course in Fraser River Trail, 9.3.13.

Over the last 200 years, this site has been rapidly transformed, from an Indigenous-managed estuarine environment and settlement to an industrial working river, now turned toward leisure and luxury accommodation. This shift is neatly depicted in Semeniuk’s diptych. “One transits through these different economic spaces remarkably quickly as one walks along the perimeter,” says Campbell. “They’re pretty compressed.” At Bridgeport, always in flux, we reflect on the processional nature of our engagement with the city, one place after another as we transit through space.

David Semeniuk is a formally trained environmental scientist and a self-trained artist. His scientific practice focuses on the relationships between the ocean and climate. Semeniuk’s art practice addresses how the histories of capital and the production of scientific knowledge have influenced the production and exhibition of photography. He uses art objects to investigate spatial and temporal scales of environmental changes, the way we experience these changes, and ways of representing them.