Marginalia: Getting Out of the House 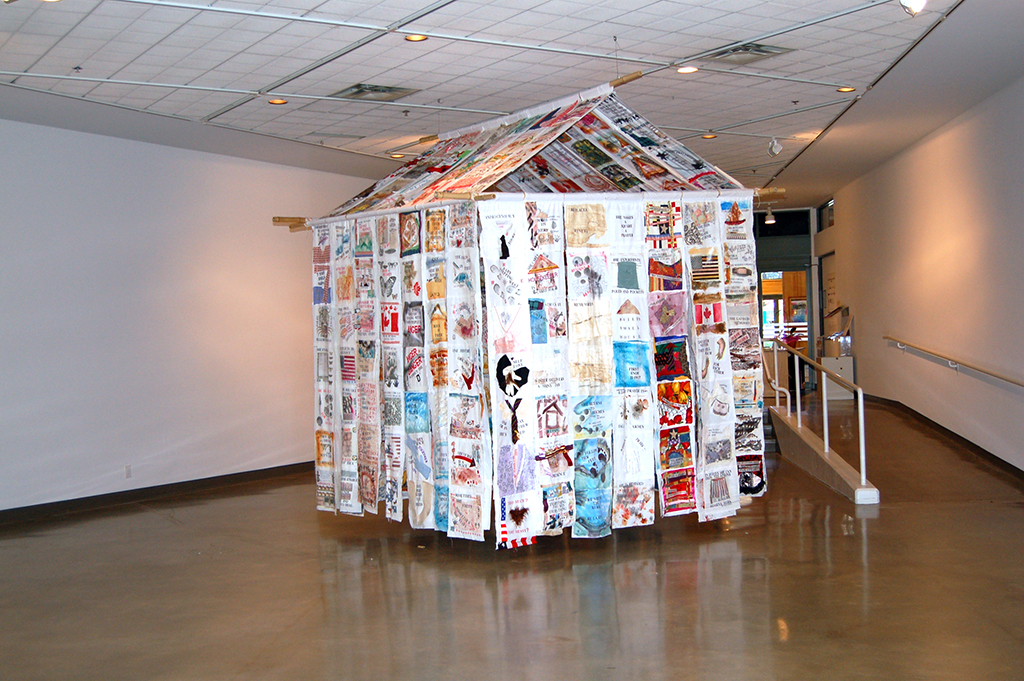 This coast-to-coast correspondence project between Pam Hall (St. John’s, Nfld) and Margaret Dragu (Richmond, BC) is a collaboration investigating connection, community, sexuality, aging, and domestic life. MARGINALIA is a virtual, physical, and daily engagement with distance and intentional relation. Since February 2004, Hall/Dragu have made and exchanged over 4500 squares/carrés and daily emails occasionally meeting in a gallery to create an installation and performance. MARGINALIA: Getting Out of the House takes the form of two history-houses covered in the artists’ squares/carrés and a short “art-aktion” performance.

Pam Hall is a visual artist, film-maker and writer who has exhibited across Canada and internationally. Her work is represented in many corporate, private and public collections. Hall has also written and
illustrated children’s books, teaches graduate students in the United States, and works as a production designer in the film industry. Her work on Rare Birds was recognized for “Outstanding Achievement in Production Design” by the Directors Guild of Canada. She lives and works in St. John’s.

Margaret Dragu is celebrating her third decade as a performance artist. She has presented her work in galleries, museums, theatres, nightclubs, libraries, universities and site-specific venues including parks, botanical gardens and public parade routes across Canada, the west and east coast of the United States and in Western Europe. Dragu is also a film/video artist, writer, choreographer, fitness instructor/personal trainer and an extremely famous cleaning lady.

Marginalia: Getting Out of the House 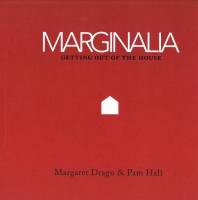 A look at Canadian performance artist Margaret Dragu's lifework, including essays, a 16-page photo insert and a 2-film DVD, edited by Paul Couillard.
Authors: Various
On sale: $5
See all publications.