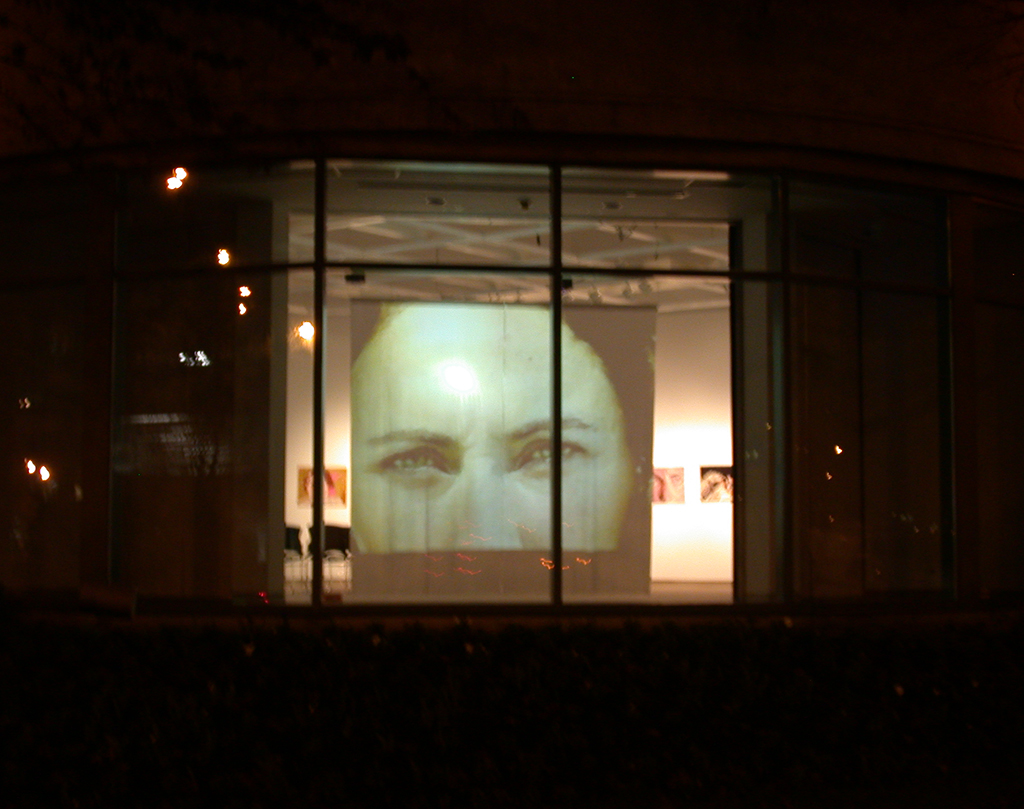 Employing twelve rug hookers, women from Southern Ontario—farmers, teachers, and artists—rugs were created to each duplicate a frame from Ann Marie Fleming’s film Lip Service – a mystery. The filmmaker presented each of these women with the same set of still images from the film and they selected one frame to hook as a rug. The final products are diverse, like their makers. Considering filmmaking a craft, Fleming sees the hooked rugs acting as a tactile likeness of her film.

The film is about a single, lipless woman who hires herself out as a private detective. She begins to work for a man who is looking for his mother. The more she learns about this missing woman, the more she begins to feel vulnerable about her own circumstances. The film explores themes of identity, community and the ever-changing and entrenched roles of women.

Ann Marie Fleming is a writer, producer, director and animator. Her films have been shown in film festivals around the world. The recipient of numerous grants and awards, she has been making films since 1987.