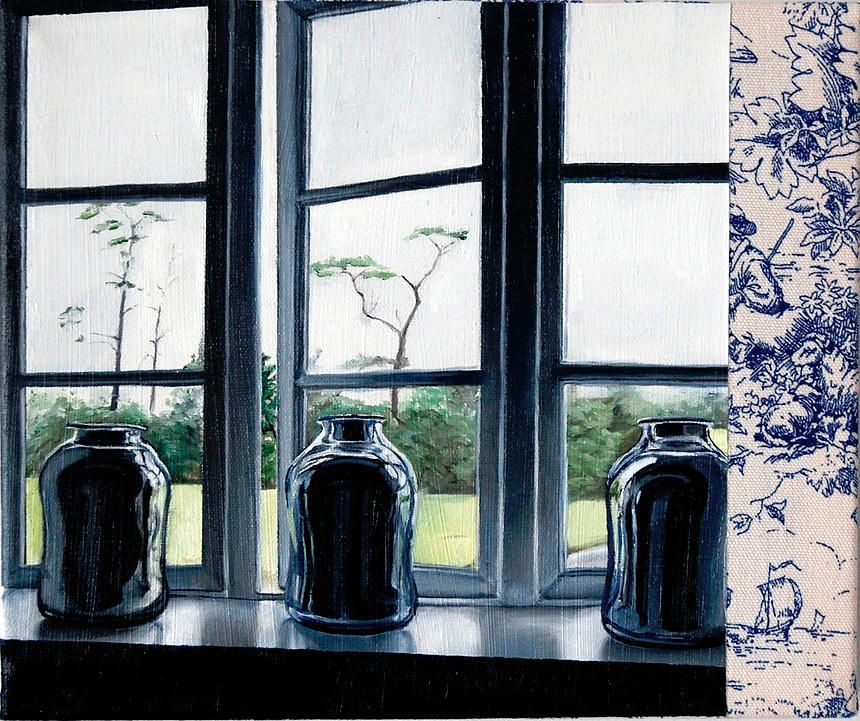 This exhibition is accompanied by a RAG publication

The division between interior and exterior spaces is explored in the paintings of Gwenessa Lam and Janet Wang. Their work examines the play of light as it flows through windows and into living spaces, providing minimal information as to what may be outside the pane of glass. Gwenessa Lam considers issues of access and denial in her large-scale paintings, placing the viewer on the inside looking out with vague or cropped views of the external space. Janet Wang’s paintings use the play of light through the window to imply the exterior, and show the use of decor on the interior to infer personal character and style. Painted on toile de joie fabric, depicting images of bucolic living which become elements of the picture plane, Wang contrasts the pastoral with modernist sensibilities. 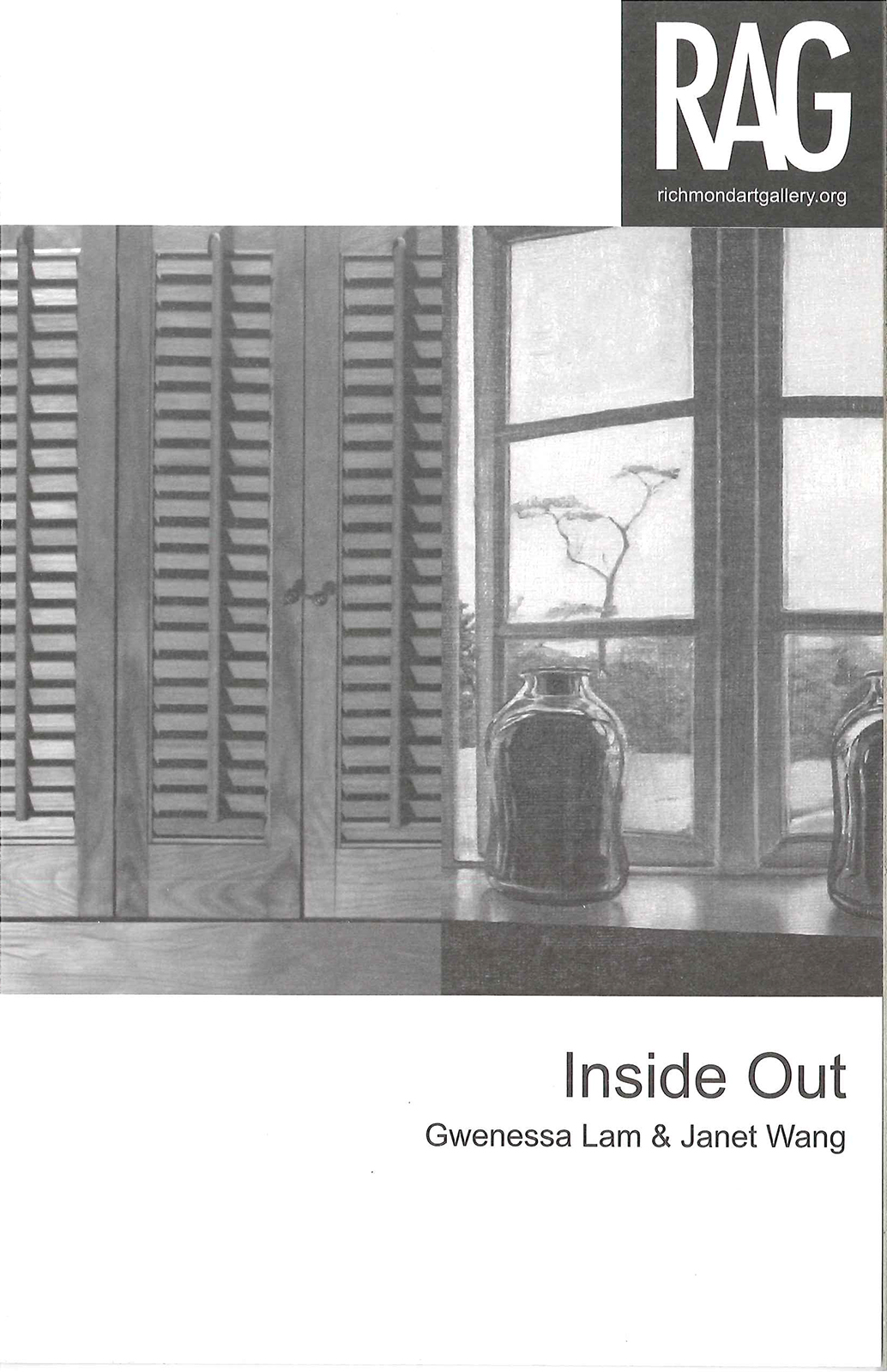