Even birds choose trees to perch 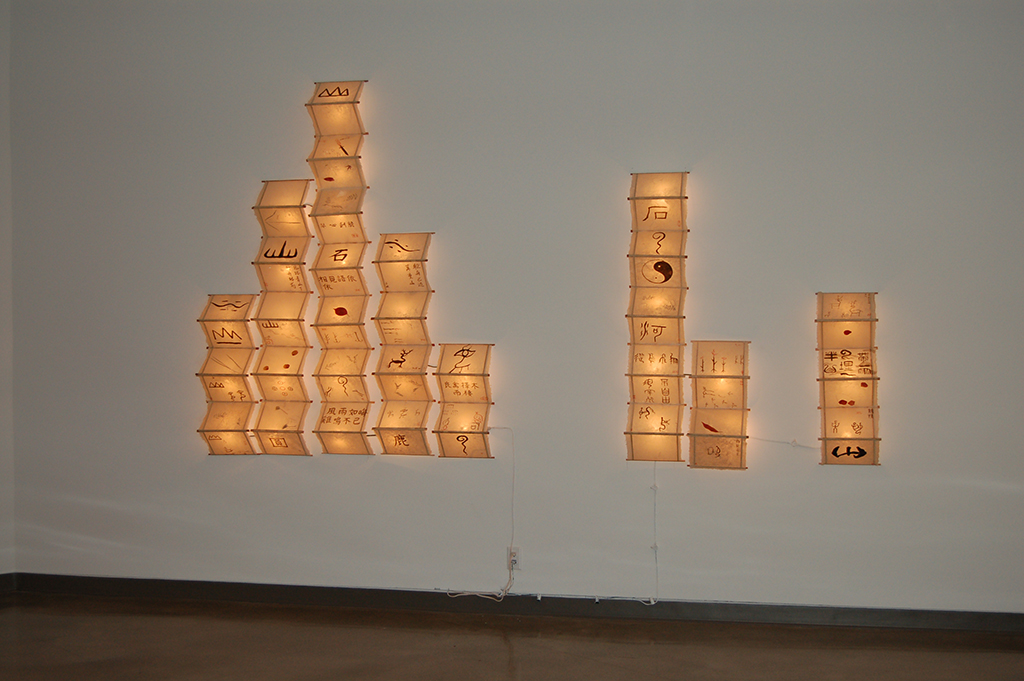 For the exhibition Even birds choose trees to perch, Vancouver-based artist June Yun uses hand-made paper formed on wood and an internal illumination. Yun covers the surface with drawings and ancient Chinese calligraphy to create a narrative with water and mountains as the central imagery. She uses symbolic poetry to tell the story of an exile with strong links to her homeland, China. The artist employs Taoist and Zen philosophy to develop ideas of conceptual harmony. The impression in the space is of a gentle light of Chinese lanterns, which have been influenced and transformed by Western ideas and forms. They almost become a grid, but form into patterns that are reminiscent of characters from a language that is almost identifiable.

ARTIST BIOGRAPHY
June Yun has exhibited widely in China and England and has recently participated in exhibitions in the Lower Mainland. She received a Bachelor of Arts in Fine Arts from the Anhui University in China and went on to earn a diploma in oil painting from the Central Academy of Fine Art in China and later a Master of Fine Arts from the University of Newcastle upon Tyne in England in 2000. She currently teaches traditional Chinese art in combination with contemporary Western art in the Continuing Studies program at the Emily Carr Institute of Art and Design.