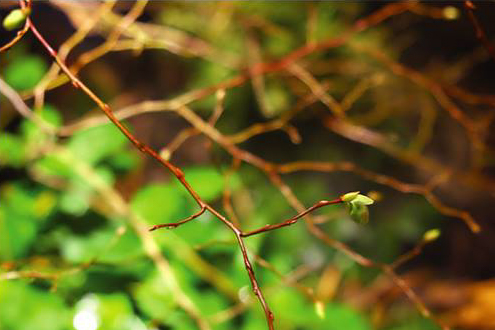 What are our Supports? is a series of artists’ projects in public space exploring the supports that bear, create and sustain contexts for artistic production, communities, and collective space.

We begin at Cathedral Square Park’s foundation in common place, a work by Emily Neufeld in collaboration with Cease Wyss. Soil is the basis of life on land: a living system full of minerals, microbes, mycelium and insects, upon which contemporary globalized society still rests. Yet it is often eradicated from homes, contained within parks, and paved over in urban contexts. Situated on the unceded traditional territories of the Musqueam, Squamish and Tsleil-Waututh First Nations, these public parks and “Crown Lands” represent the final vestiges of commonly held spaces. Before colonization, these territories were understood by First Peoples as shared space, cared for by the collective.

Imagining this site before the city, and acknowledging these roots and intentions, Neufeld and Wyss have created an Indigenous ecosystem. The native plants included are red huckleberry, salal, licorice fern, oxalis and others that are utilized as medicine and food by First Peoples. Indigenous knowledge systems share a holistic epistemology of the life-in-common all around us, grounded in strong relationships with the land. Indigenous women’s knowledge in particular shapes the principles of respect, reciprocity and obligation that inform family, community, human and non-human interactions. In Cease’s words, The land owns us. The answers to our ailments can be found in the plants around us.

In considering something as foundational and common as the ground beneath our feet, it becomes vital to attend to these visions – beyond private ownership, land, development and capital. This is dirt. These are plants. With enough water, sunlight and space, they will grow.

Emily Neufeld was born in Alberta and now lives and works in North Vancouver. Her practice investigates place and how humans change and are changed by the surrounding environment, and the layers of memory and psychic history that accumulate in our material world. In addition to collaborative projects with other artists, recent solo exhibitions include Before Demolition (2017: Burrard Arts Foundation), and Picture Window(2016: Vancouver Heritage Foundation), a large-scale billboard on the CBC Wall, downtown Vancouver. Neufeld received her BFA from Emily Carr University of Art and Design in 2013.

T’uy’t’tanat Cease Wyss (Skwxwu7mesh/Sto:Lo//Hawaiian/Swiss) is an interdisciplinary artist, ethnobotanist, educator, and food security activist with a 30-year practice engaging with communities to utilize technology and the natural world as a means of sharing stories. Web-based works like Picto-Prophecy (2012, with En’owkin Centre’s Ullus Collective), public art such as Talking Poles (2009, Surrey), and the Stanley Park Environmental Art Project(2009) all take site-specific inspirations and the stories of our past that inform the present, while looking towards the future and our roles in a longer timeline of ancestry. Wyss has been named the Vancouver Public Library’s 2018 Indigenous Storyteller in Residence. Other upcoming projects include the Vancouver Biennale, and the City of Vancouver’s artist-initiated public art commissions, in collaboration with Anne Riley. Wyss draws from her cultures and spirituality to bring stories back to her family and community that were lost through colonization.

This project series is made possible through the generous support of the City of Vancouver’s Public Art Program, Or Gallery, and Richmond Art Gallery. We would also like to thank the xʷməθkʷəy̓əm Language and Culture for translation assistance, A & B Tool Rentals and Lexie Owen for their generous contributions.

The Or Gallery and Richmond Art Gallery acknowledge thier presence on unceded Musqueam, Squamish and Tsleil-Waututh territories.