The Richmond Art Gallery is pleased to be receiving the exhibition of Contemporary Art from Korea, an exhibition of sixty-one paintings by thirty-one of Korea’s leading painters, brought to us by the Consulate General of the Republic of Korea. The Korean Painters Association in Seoul selected the work which has been touring the world since 1995. It has been seen throughout Europe in countries such as Germany, the Netherlands, Italy, Austria, Great Britain, and Northern Ireland, as well as beginning the tour in New Delhi. In 1999 and 2000 the exhibit is touring Canada. The exhibition will be seen in the Centre d’exposition de Jonquire in Quebec, the Triangle Gallery in Calgary, and the Vernon Art Gallery.

The painting in Contemporary Art from Korea reflects the influences of modern Western art on Korean contemporary art. The viewer can see the evolution of both form and content caused by these influences. The subject matter is diverse, often embracing both the traditional and the modern worlds.

These artists exhibit internationally in Australia, Asia, South America, and throughout Europe and North America. 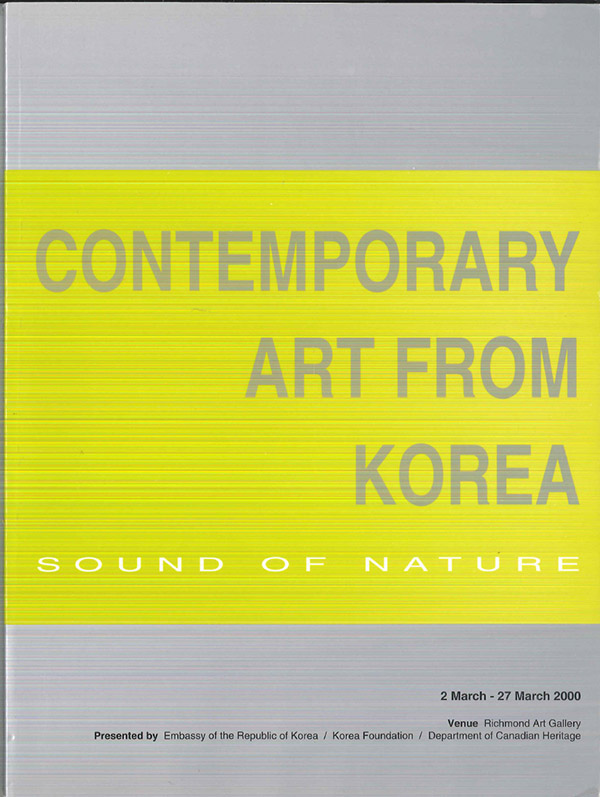