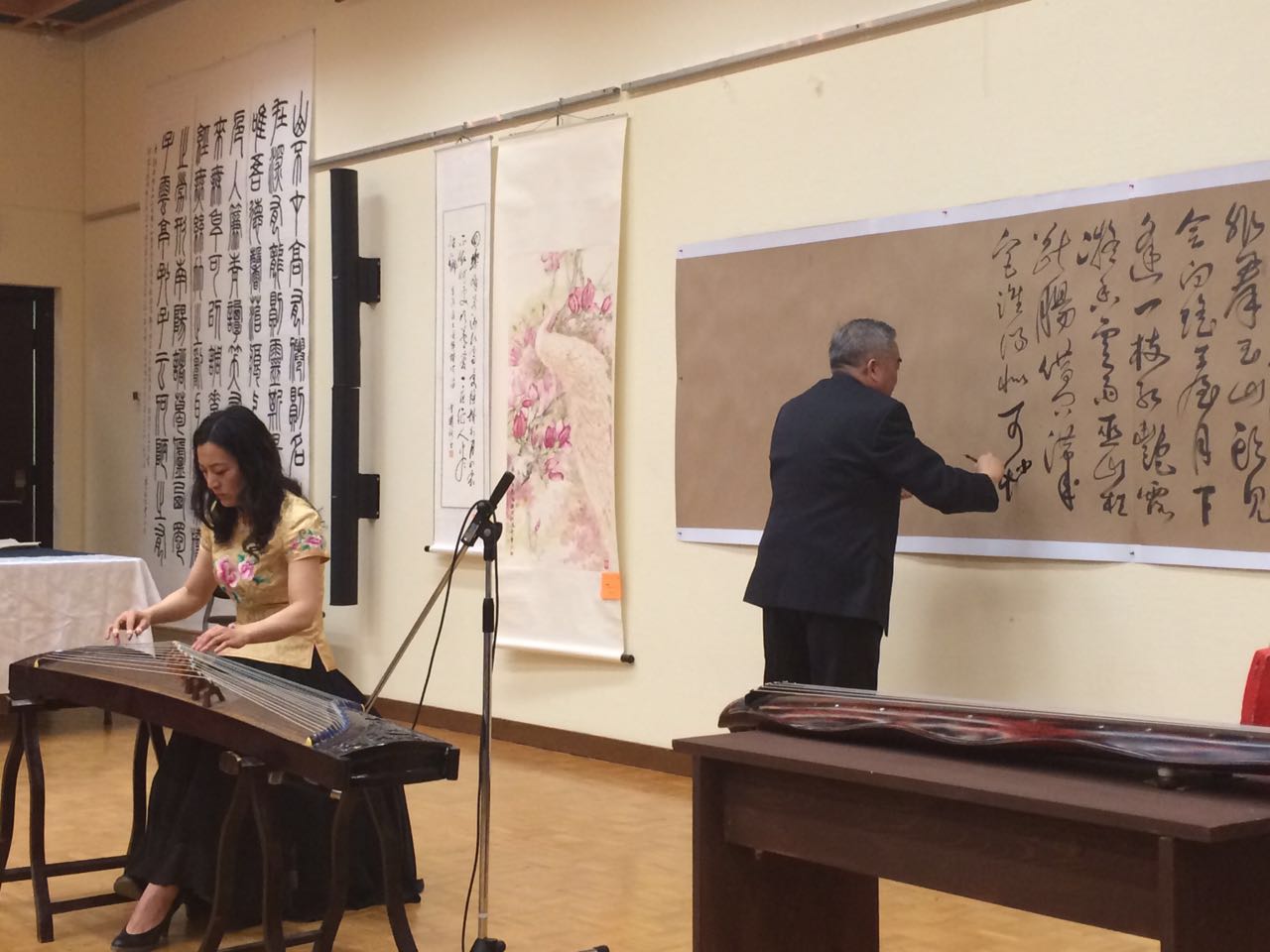 The Richmond Art Gallery is proud to be a part of the national Culture Days celebrations on October 1 and 2, 2016.  Join us for free family-friendly events at the Gallery in connection to The Transformation of Things exhibition.

As part of the “Leave Your Mark” theme of Culture Days, Master Li will offer participants the opportunity to try writing with brush and ink following the performance.

Li Desheng, originally from Beijing, is a well-known calligrapher, writer and collector. Currently he is the senior calligraphy instructor at the Richmond Chinese Community Society. As the Founding President of the Canada Hua Feng Artists Association, Li has exhibited in numerous calligraphy and painting exhibitions and has lectured on calligraphy at University of British Columbia and in the Lower Mainland. His work is currently featured in the Richmond Art Gallery exhibition, The Transformation of Things.
Lin Min began her career as a qin (zither) performer in 1992, studying with the great Guangling School masters of central-eastern China, notably with Lin Youren at the Shanghai Conservatory of Music. Since moving to Vancouver she has established a local qin studio and has an active student following.