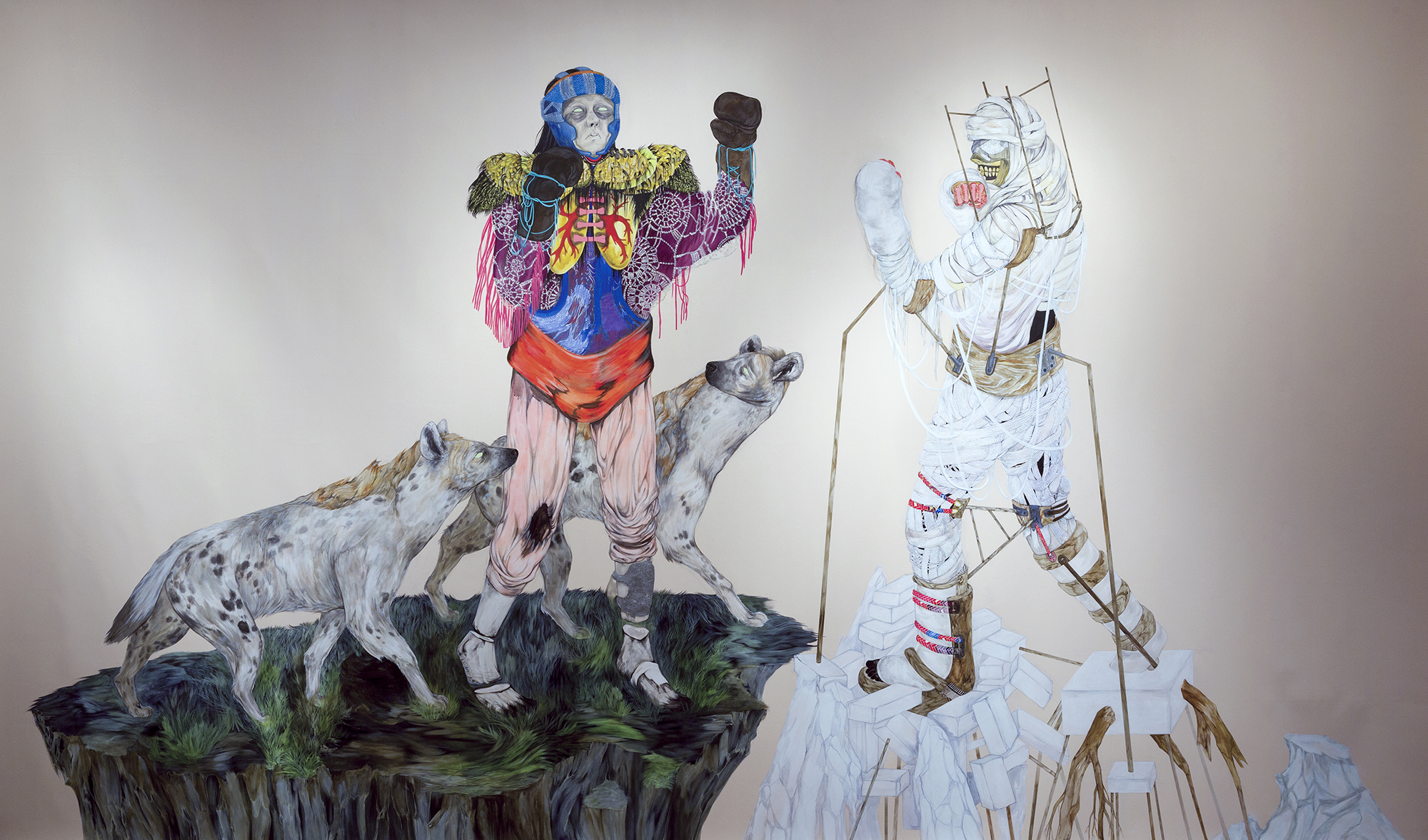 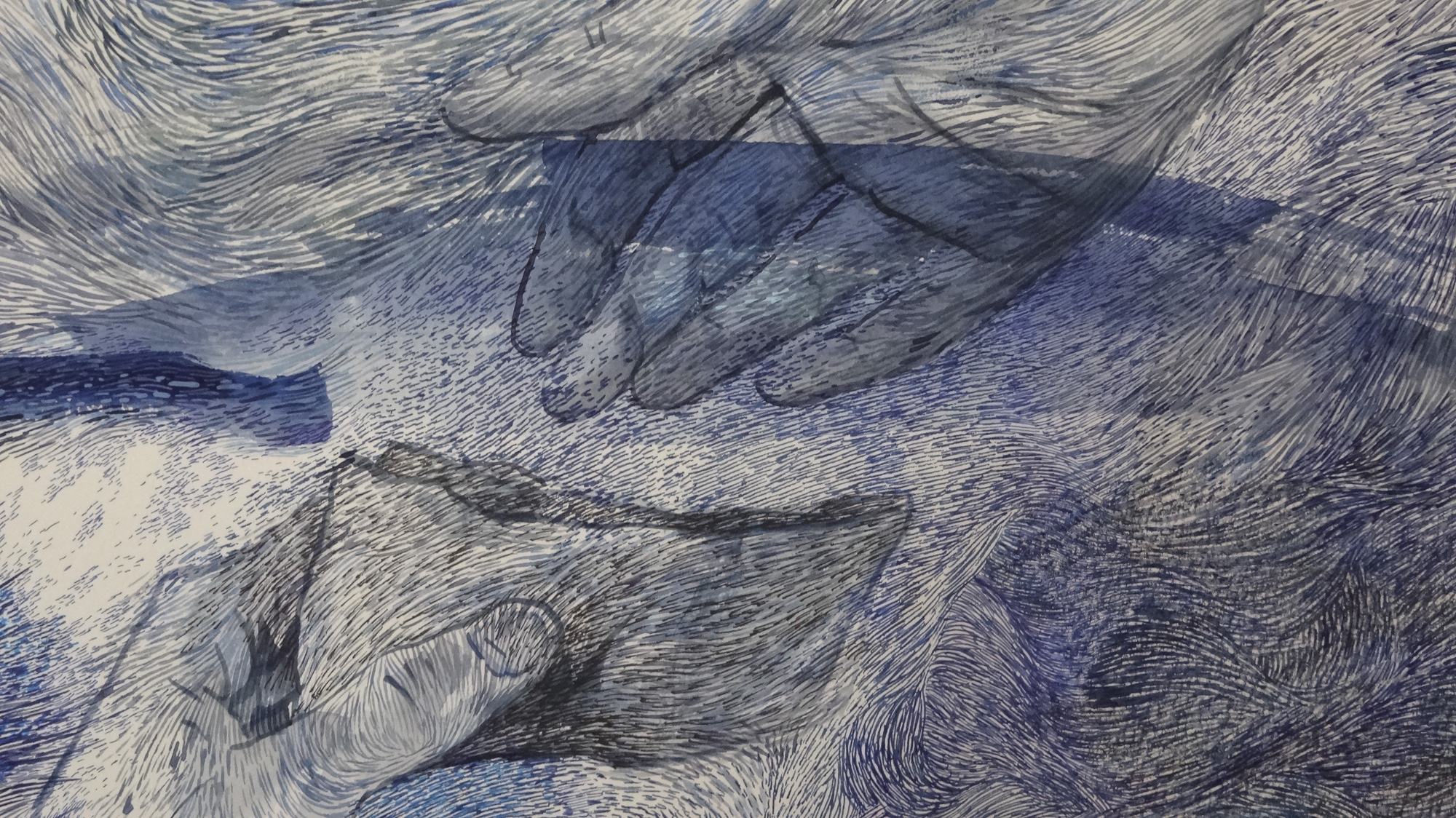 
Storytelling through drawing is fundamental to the works in this exhibition by Lucie Chan and Marigold Santos. Creating surreal worlds of elaborate detail, their drawings and paintings explore notions of identity and place, cultural attachment and loss through the seemingly ordinary and fleeting to the supernatural. Lucie Chan is a Guyanese-Canadian artist based in Vancouver. Marigold Santos is an artist of Filipino descent currently living in Montreal. ATTACHMENTS is organized by Richmond Art Gallery curator Nan Capogna.

Chan’s drawings develop from her observations and interaction with others, often strangers, who share their stories with her in what she calls a “cultural lesson”. Her method of story gathering varies according to the situations she creates; in one she placed an ad calling for participants; in another she interviewed taxi drivers as she was being driven to the airport; more recently she lived and worked for a month in a small town in Portugal. These personal exchanges are embodied in her installations, comprised of hundreds of small drawings pinned precariously yet expansively across the gallery walls. The installation’s form and the oddment of images depicted – objects, words, animals and simple human activity – reflect on the temporal and elusive nature of human connections and longings.

Santos’ large scale paintings are informed by her immigrant experience and the Filipino folklore she grew up with as a child. Notions of attachment and separation and being grounded or uprooted relate to her explorations of home, identity and place. Featured in some of Santos’ paintings is a frightening creature known as the asuang in Filipino folklore. This vampire-like creature, generally depicted as female, severs her body from the waist up, hunting at night and returning to her lower half before morning.   The supernatural serves to address multiple ways of being and changing identities, analogous to the often dislocating immigrant reality of experiencing multiple or potentially conflicting identities.

The Gallery is grateful to the Sheraton Vancouver Airport Hotel for providing hotel accommodation for Marigold Santos, and Peller Estates and PriceSmart Foods Richmond for their sponsorship of refreshments for opening receptions. 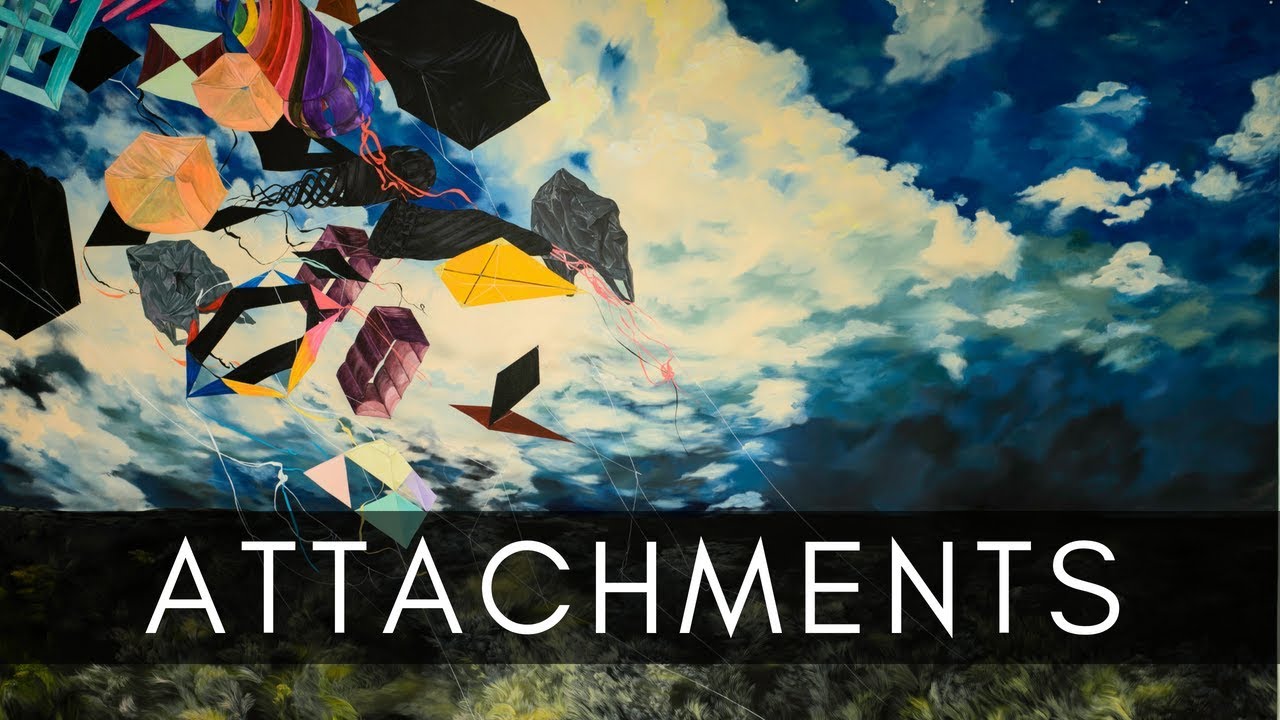