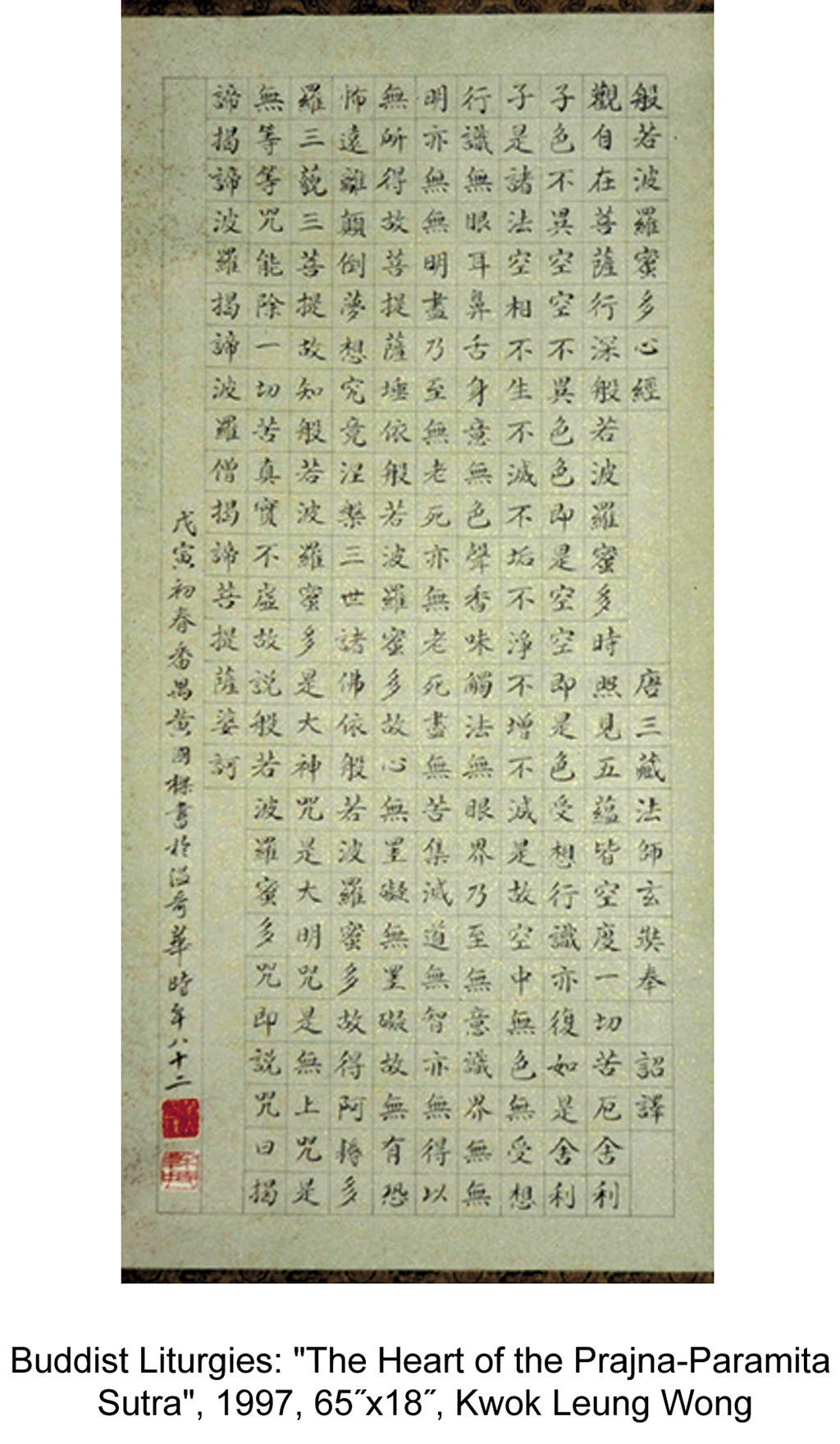 Simon Ho
I use the philosophy of Daoism to make my artwork and I use my artwork to express Daoism.

Initially my goal was to use my ceramic work to express the idea of Daoism. I knew that there was a wide range of things that clay, glaze and firing could do. At the same time, the material often refused to do what I wanted. I was very frustrated in the beginning, because my works cracked, crawled or split. Gradually, I learned how to accept the fact that I can not change the nature of the material. I learned how to follow the Dao and understood that it is a part of our life to accept things which are unexpected. I found that the result was more interesting than my original purpose. My work became more meaningful, speaking more and having a larger content than I could have planned. The situation is exactly the same in my life. Usually, things do not happen as I expect. I learned how to use the Dao to make my artwork as well as using my artworks to express the Dao philosophy.

Kwok Leung Wong
Over thousands of years, Chinese Calligraphy has undergone many developments. In form, it has evolved to a simpler format. Many varied writing techniques have been developed by different artists, resulting in distinct writing styles and visual presentation. Chinese Calligraphy has always been recognized as an essential and integral part of Chinese arts.

Mr. Wong graduated from Dr. Sun Yat-Sen University. For 26 years he taught in Hong Kong and has many students. Mr. Wong is known to his friends for his artistic and moral values.

Mr. Wong is now retired but his interest in Chinese Calligraphy has not diminished. He views this exhibition as an opportunity to bring the Chinese arts of calligraphy to the local community. What better way to foster mutual understanding and respect than exchange of culture through arts.

Shinsuke Minegishi
My work is a copy of the space, which only exists in my mind. Imagination appears at events such as, holding a beetle for the first time, witnessing a little creature swimming across a puddle by the ocean, or looking through a science book, which becomes a subconscious memory, and eventually turns into a vision of landscape.

I have been using printmaking to create my work partly because it fits somewhere between drawing and sculpture. Traditionally, prints are done on paper, so the final image is two dimensional, yet heavily etched plates and stones or carved wood blocks are quite three dimensional. Printmaking involves a hard physical effort, and it is a unique way to draw. All the steps of putting an idea on paper, transferring the image to the block, carving, inking, and going through the press have to be treated carefully because each one of these steps is a process of image making or drawing.

Hye-Kyung Kim
I completed a Bachelor and a Master of Fine Arts at Honk-Ik University in Seoul, South Korea. My major subjects were those of traditional oriental painting: realistic renderings of portraits, landscapes, flowers, and birds. My desire to follow traditional art continued until my first solo exhibition in 1987. Since that exhibition I have felt a strong urge to try out new things. I do not want to be confined to the established patterns of traditional oriental painting. In my opinion, tradition should be developed and renewed rather than simply sustained. My strong need to discover and portray the true Korean spirit in my art led me to research Korean culture, art, folklore and folk art in hope of finding a shared and uniquely Korean essence or spirit. I want to be free of any restrictions in my work. This may be why I am so drawn to the honesty, simplicity and humour of folk art. I now experience a strong connection to the land and sensitivity to the beauty of nature even in its most basic forms.

My hope is that my work can transcend cultural barriers, and move and touch people of all ages all over the world.