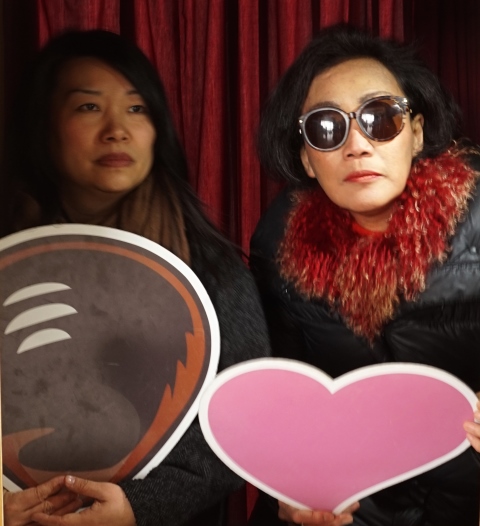 Makiko Hara, a Vancouver-based curator from Tokyo has worked with Mochizuki on many projects in the past. Together they will discuss Mochizuki’s latest work and reflect on the themes explored in Cave to Dream.

Makiko Hara is an independent curator and writer from Tokyo, Japan, based in Vancouver, BC. From 2007 to 2013, she was the Chief curator of Centre A —Vancouver International Centre for Contemporary Asian Art. She has worked with many visual artists on a variety of projects as an independent curator, including: Scotia Bank Nuit Blanche, (Toronto, Canada, 2009), AIR YONAGO, Tottori Geijyu Art Festival (Yonago, Japan, 2014-15),Fictive Communities Asia-Koganecho Bazaar (Yokohama, Japan, 2014), Rock Paper Scissors, and Cindy Mochizuki, (Yonago City Museum of Art, Tottori, Japan, 2018). Hara was appointed Guest Curator at Koganecho Bazaar 2014 and in 2017 was appointed to the Advisory on International Exchange Center, Akita University of Arts, Akita, Japan.

Cindy Mochizuki creates multi-media installation, audio fiction, performance, animation, and drawings. Her works explore the manifestation of story and its relationship to site-specificity, invisible histories, archives, and memory work. Her artistic process moves back and forth between multiple sites of cultural production considering language, chance, improvisation and engaging communities. She has exhibited, performed and screened her work in Canada, US, and Asia. Exhibitions include the Frye Art Museum (Seattle, Washington), Yonago City Museum (Yonago, Japan), The New Gallery (Calgary), Hamilton Artists Inc. (Hamilton), and Koganecho Bazaar (Yokohama). In 2015, she received the Vancouver’s Mayor’s Arts Award in New Media and Film. She received her MFA in Interdisciplinary Studies from the School For Contemporary Arts (2006).