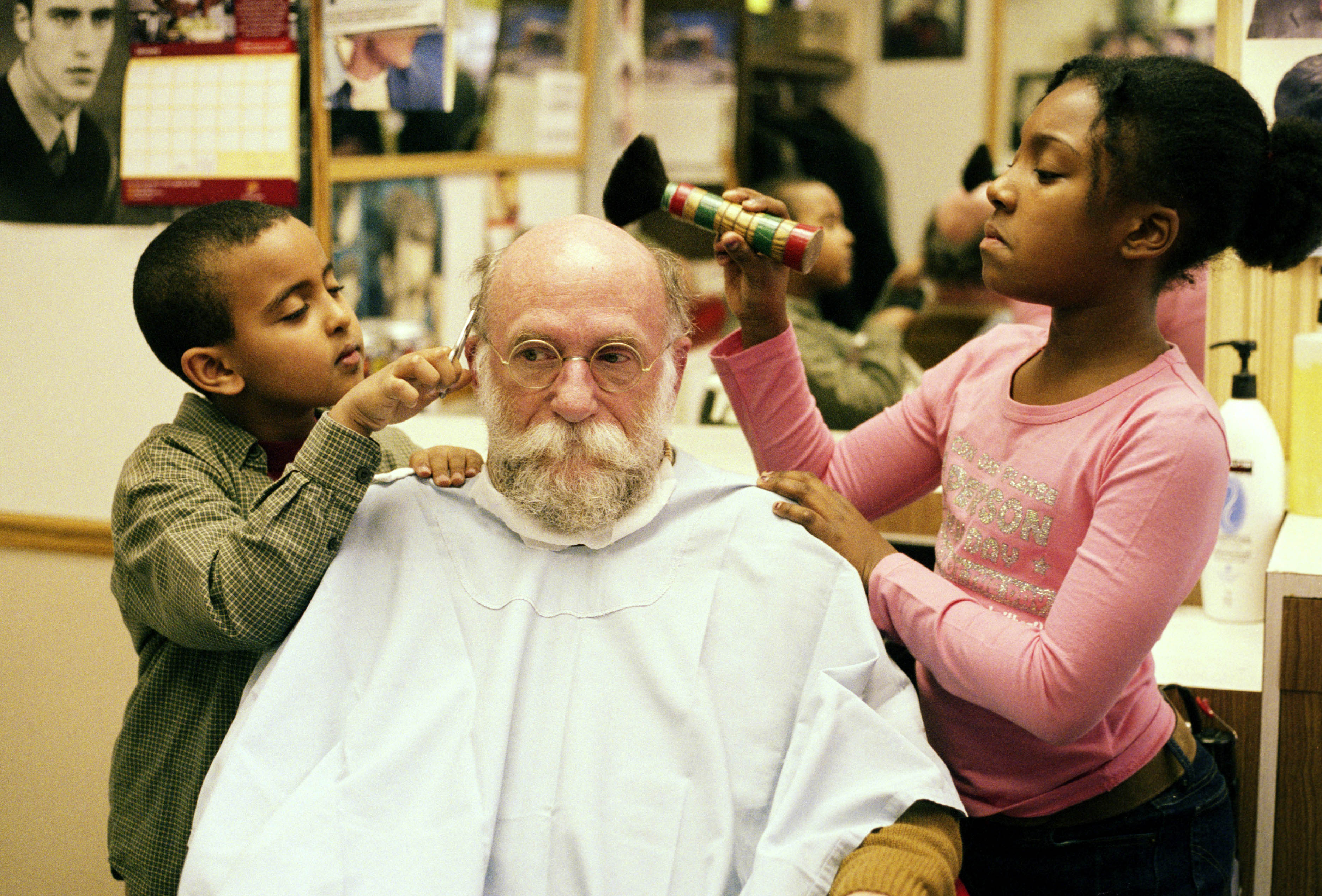 Mammalian Diving Reflex : Haircuts by Children and Other Evidence for a New Social Contract

The April session of the Artist Salon is a partnership with the City of Richmond’s Lulu Series , featuring Darren O’Donnell a filmmaker, performance director and the Artistic and Founding Director of Mammalian Diving Reflex.

O’Donnell believes that if we change how we think about children, then we just might change the world. For years, he has been collaborating with children through his company, Mammalian Diving Reflex, and his most well-known piece, Haircuts by Children (exactly what it sounds like) has been repeatedly performed around the world for over ten years. He will speak about how the inclusion of children in social engagement projects can be a powerful way to disrupt economic and social inequalities.

This talk will be preceded by a short performance by award-winning tabla player, Amarjeet Singh.

More details on the presentation here.

About the Presenters:
Darren O’Donnell is a filmmaker, performance director and the Artistic and Founding Director of Mammalian Diving Reflex. He is the author of three books and holds a BFA in theatre and a M.Sc. in urban planning from the University of Toronto. As an urban cultural planner, his focus is on participation and, in particular, the radical engagement of children and young people within cultural institutions. Past and current planning collaborators include the Humboldt Forum, Tate Modern, West Kowloon Cultural District, London International Festival of Theatre, Metropolitan Region of Rhine-Neckar, Schauspielhaus Bochum and Portland Institute of Contemporary Art.

Amarjeet Singh, founder of the Naad Foundation, first began to learn tabla from his elder brother, Deedar Singh, following in the footsteps of Guru Shri Thakur Kishan Singh ji of Benaras Gharana. With a Masters degree in Music, Singh has performed around the world, including alongside many leading Indian musicians and dancers.