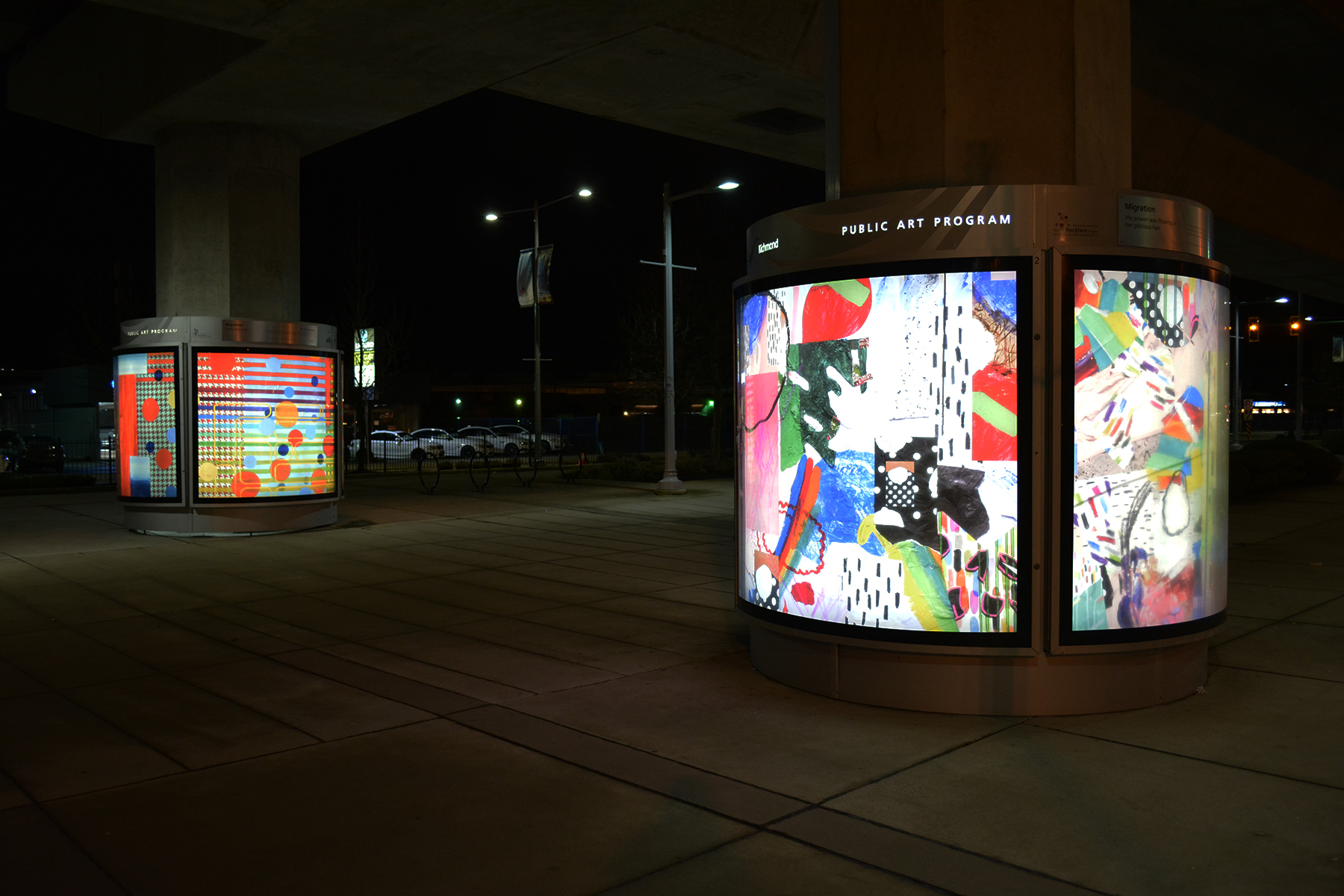 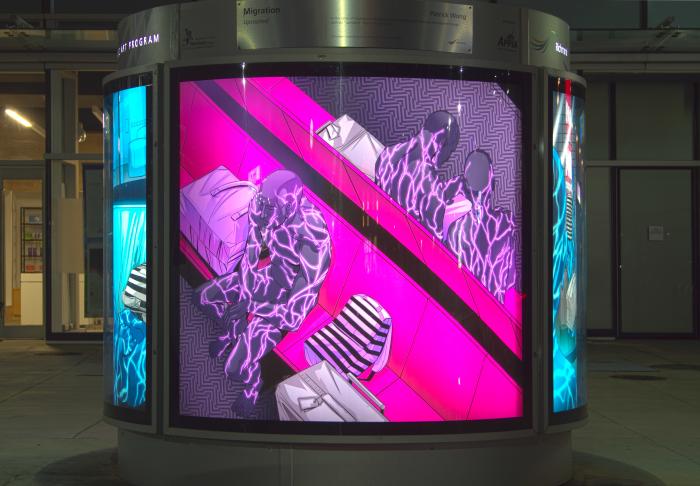 The Richmond Art Gallery presents a program for visual artists to connect, network and learn from each other.

In February, join us to hear about a new exhibition on the theme of “migration” for the No.3 Road Art Columns and what the mentor and mentee experiences were like for artists Renée Van Halm, Russna Kaur, and Patrick Wong. The artists will discuss their process and the work they produced as part of a pilot public art project to provide support and mentoring opportunities for artists entering the field of public art practice.

About the Presenters:
Renée Van Halm is a Vancouver-based artist whose work looks at how we represent and inhabit the places we live. Her paintings portray aspects of architecture, decor, abstraction and/or pattern. Her undergraduate work was completed at the Vancouver School of Art (now Emily Carr University of Art + Design) and she completed an MFA at Concordia University in Montréal. In addition to more than 30 solo exhibitions, her work has been collected publicly and privately in Canada and elsewhere. She has recently had solo exhibitions at both the Equinox and Birch Contemporary galleries and this summer exhibited a body of new work at the West Vancouver Museum.

Russna Kaur’s work engages spaces of wonder such as cinemas, festivals, amusement parks and cities. Using mixed media to investigate the phenomenological and affective impact of such sites on the individual, she attempts to recreate the childlike essence of these invigorating sites through abstraction. Kaur is a graduate of the University of Waterloo obtaining her Honours BA in Fine Arts. She has shown at multiple juried exhibitions and her works can be found in private and corporate collections including The Colart Collection in Quebec. Kaur is currently a first year Master of Fine Arts student at the Emily Carr University of Art + Design.

Patrick Wong is an artist and illustrator. He has been recognized by Applied Arts Magazine, American Illustration, Society of Illustrators Los Angeles, and Creative Quarterly for his work.  Patrick began his career in the early 2000s as a commercial artist with major international clients such as The Washington Post, The Sunday Times, and the March of Dimes Foundation. He was formerly represented by Getty Images and Lemonade Illustration Agency and in 2013 shifted focus to pursue his own personal art outside of commercial assignments. He continues to work in the commercial design/illustration field while exhibiting artwork in leading Lowbrow/Pop Surrealism/Designer Toy galleries throughout North America. Patrick received his BFA in Visual Art from Emily Carr University of Art + Design.

This session of the Artist Salon sponsored by: