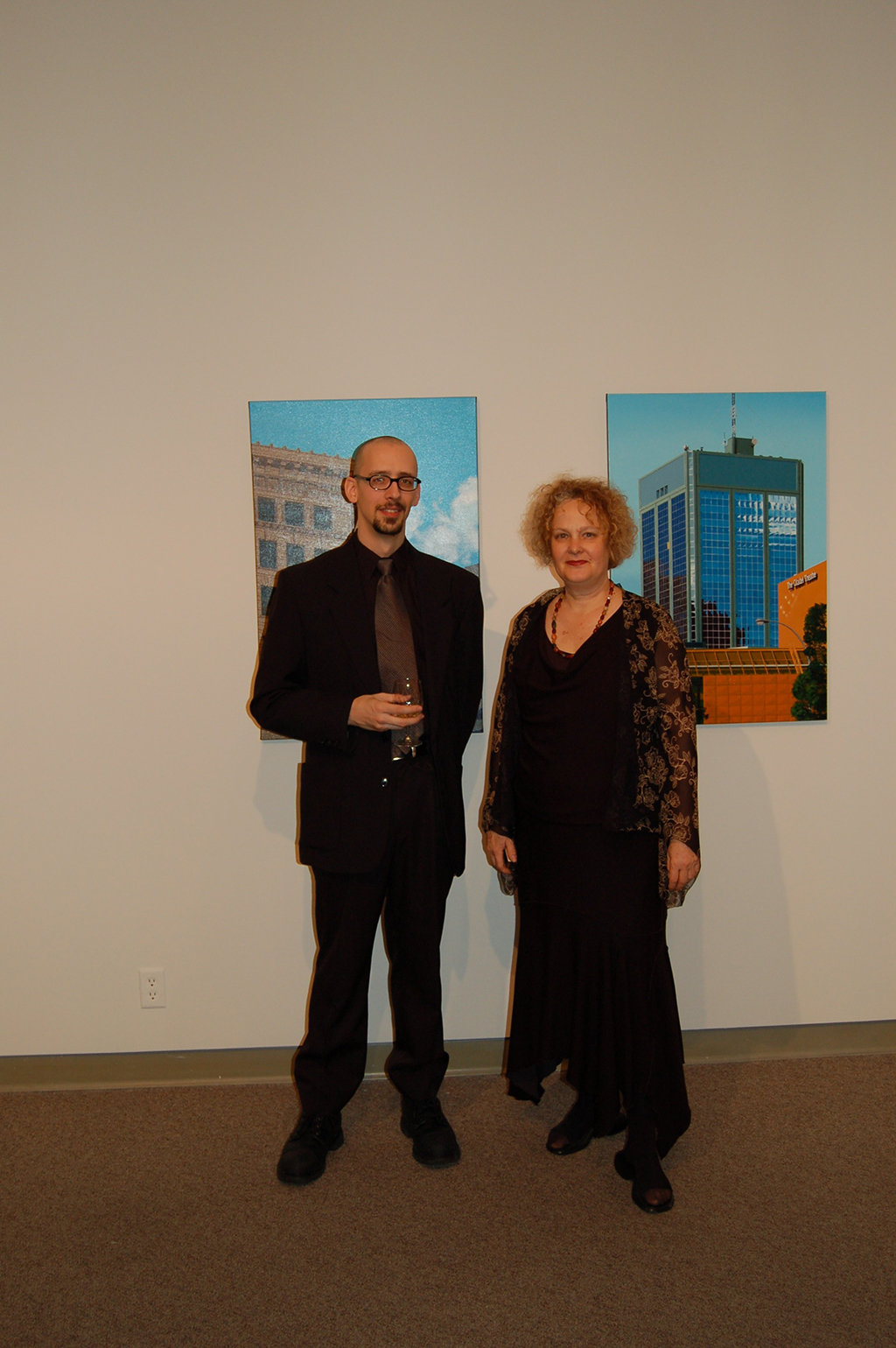 Misa Nikolic’s highly realistic acrylic paintings focus on Western Canadian architecture. His depictions of buildings make the height of the structures and the businesses they house unclear. Through his representation of these buildings, the artist shows the variation in the style, scale and states of repair or disrepair that exists in the cities where we live. His interest in early colonial land divisions informs his paintings as they relate to the contemporary city where land is divided and zoned for specific uses. This series reveals an historical authenticity which is not simply an archival documentation of the buildings but is what the artist considers to be an appropriate re-interpretation of the history of the areas he represents.

ARTIST BIOGRAPHY
Misa Nikolic paints images that reflect his interest in the relationship between architecture and history. A painter and published writer, his background reflects his interest in the visual and the theoretical, having received undergraduate degrees in both Fine Arts (painting) and Art History as well as a graduate degree in Fine Arts from the University of British Columbia in 2001. Misa’s work has been shown in solo and group exhibitions in Western Canada since the early 1990’s. This exhibition marks his first solo showing in a public art gallery.