The Transformation of Things

Included in the exhibition are three Richmond artists, Winifred Lee (watercolour painting), Li Desheng (calligraphy) and Ping-Kwong Wong (ceramics) who were invited by the Gallery’s curator Nan Capogna and artist Rick Leong to participate. Employing images, symbols and forms drawn from their cultural traditions, their works also reveal changes over the years informed by their experiences immigrating and living in Canada. Many of Lee and Wong’s works originate from observations close to home; Lee’s backyard provides an abundance of flowers and birds to inspire her detailed watercolour paintings and Wong, drawn particularly to birds, views them as a metaphor for his own migration. Li, open to responding to a contemporary artwork by another artist, accepted Leong’s invitation to select a text to calligraph over Leong’s painting, Shou Xing Crossing the River.

In his artist’s statement, Leong describes the Taoist notion of the inevitability of change. It is from this concept of “change” and “becoming” that this exhibition emerges. The Transformation of Things provides an opportunity to reposition the works of these artists and to explore areas of possible intersection. By presenting these diverse artworks together new readings will be encouraged and hopefully new conversations will emerge.

Rick Leong, born in Burnaby, BC obtained his MFA in 2007 from Concordia University in Montreal. In 2008, he was a finalist in the Royal Bank of Canada’s Painting Competition. In addition to having participated in many group exhibitions at various Canadian and international spaces, Leong has been the subject of solo shows at Two Rivers Gallery, Prince George; Anna Leonowens Gallery, Halifax; the Art Gallery of Greater Victoria, the McClure Gallery, Montreal; and Parisian Laundry, Montreal. He has been the recipient of numerous grants from the Canada Council for the Arts. Leong’s work is collected widely across Canada, including in the collections of the ALDO Group, the Canada Council Art Bank, the Art Gallery of Greater Victoria and the Montreal Museum of Fine Arts.

Winifred Lee (Wan-Chun Yu) was born in Beijing, China. She completed her secondary and post-secondary education in Taiwan where she began her art studies in private classes under several distinguished art professors. In 1977, she moved to Canada and maintains a studio in Richmond where she still provides instruction in Chinese painting. In 1980, with friends, she initiated the founding of the Richmond Chinese Calligraphy and Painting Club. She also participated in forming the Chinese Canadian Artists Federation in Vancouver in 1993, and was one of the organizers of the group of twelve Chinese Canadian artists in 1995. Lee has shown locally and internationally, including in the United States, England, Japan, Hong Kong and Taiwan.

Li Desheng, originally from Beijing, is a well-known calligrapher, writer and collector. Currently he is the senior calligraphy instructor at the Richmond Chinese Community Society. As the Founding President of the Canada Hua Feng Artists Association, Li has exhibited in numerous calligraphy and painting exhibitions and has lectured on calligraphy at University of British Columbia and in the Lower Mainland. He has authored over 10 publications on Asian folklore, cigarette cards and Chinese Opera published in China, Japan, Taiwan and Hong Kong. Li’s ongoing research continues to inform his evolving calligraphic work.

Ping-Kwong Wong was born in China, moved to Hong Kong in 1956, and settled in Vancouver, Canada in 1994. Wong studied art education at Sir Robert Black College of Education and Grantham College of Education in Hong Kong from 1969 to 1972 and studio ceramics at Hong Kong Polytechnic from 1981 to 1983. He graduated from University of Wolverhampton, U.K. with B. Ed degree in 1992. Wong has exhibited in Hong Kong, Macau, Taiwan, Japan, United States, and Canada. He was the recipient of the Hong Kong Urban Council Fine Arts Award (Ceramics) in 1987. Wong is a studio potter and ceramic art instructor. 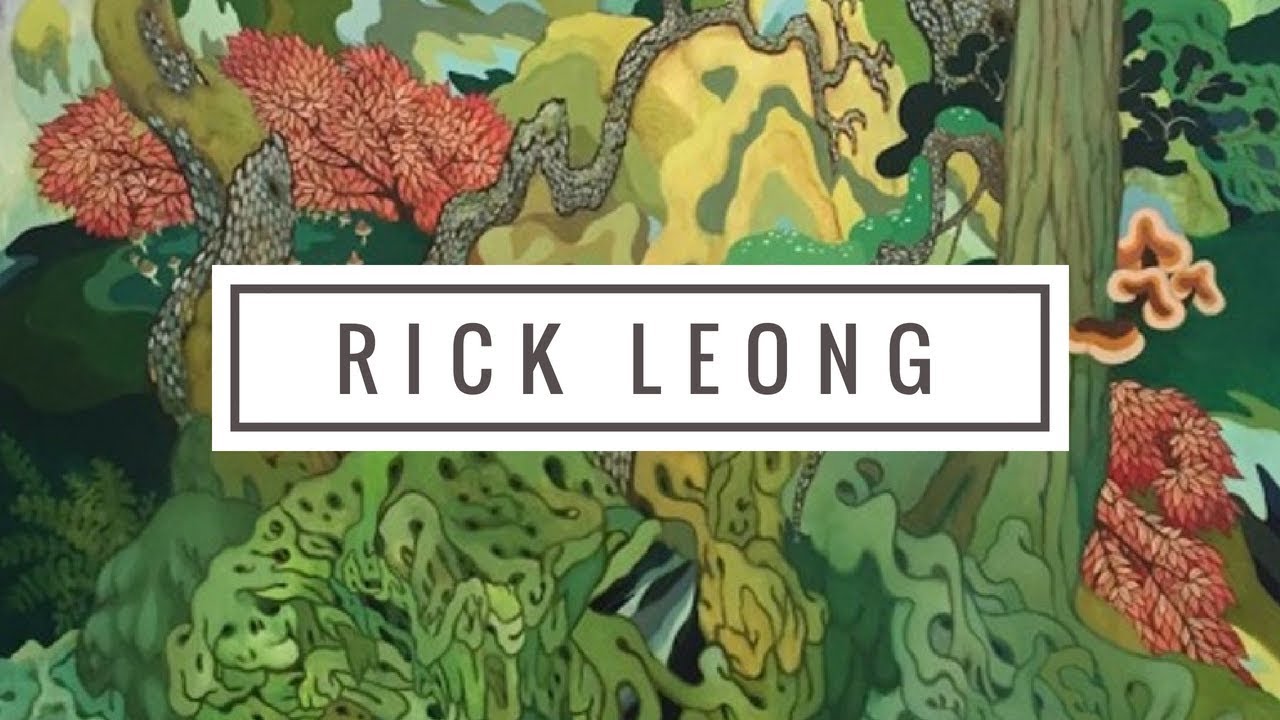 Victoria-based artist Rick Leong discusses his interest in the evolution of traditional Chinese art forms, and the ways in which this has informed his latest body of work featured in the exhibition The Transformation of Things at the Richmond Art Gallery.