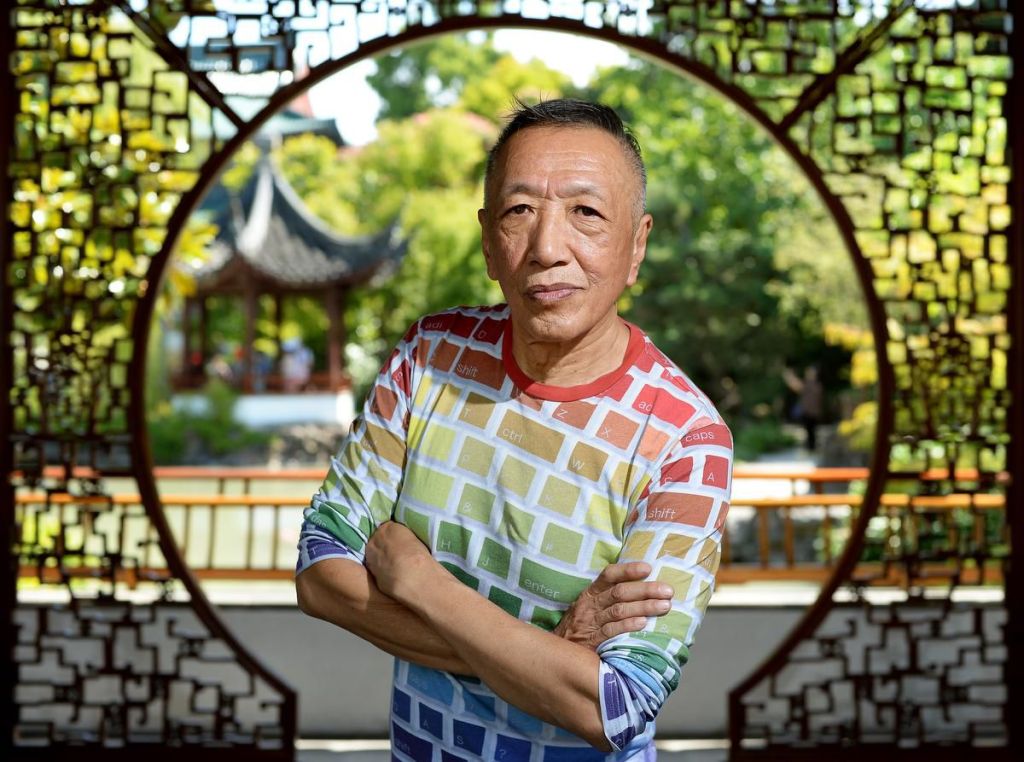 Setting the Table is a series of talks, performances, screenings and weave-ins that explore how different people share community and support one another. It is a showcase of LGBTQ2S artists, activists and leaders who present work on intersectional issues and allyship.  This June session at the Richmond Art Gallery features guest artist Paul Wong.

Paul Wong is a media-maestro making art for site-specific spaces and screens of all sizes. He is an award winning artist and curator known for pioneering early visual and media art in Canada, founding several artist-run groups, and organizing events, festivals, conferences and public interventions since the 1970s. Wong has produced projects throughout North America, Europe and Asia.

Following Paul’s talk, artist Paige Gratland will direct the group in an activity to help weave a portion of the place setting for the Branscombe House Pride Picnic and Social in August.

This event is free and but please register.

About the artist:
Paul Wong was the winner of the Bell Canada Award in Video Art 1992, the first recipient of the Transforming Art Award from the Asian Heritage Foundation 2002 and the inaugural winner of the Trailblazer Expressions Award in 2003, created by Heritage Canada, National Film Board and CHUM Limited (one of Canada’s leading media companies.) In 2005 he received the Governor General’s Award in Visual and Media Art. In 2008 was awarded Best Canadian Film or Video at The Toronto Reel Asian International Film Festival. In 2016, the Audain Prize for Lifetime Achievement in Visual Art.

Currently Paul is finalizing the end of his year-long residency at the Dr. Sun Yat-Sen Classical Chinese Garden, 身在唐人街/OCCUPYING CHINATOWN. Inspired by over 700 letters and familial artefacts of Suk-Fong Wong, Paul Wong’s late mother, has created: intimate exhibitions, public art transit ads, artist talks, website, events, workshops, and a neon. See www.occupyingchinatown.com for more information. 身在唐人街/OCCUPYING CHINATOWN is a public art project commissioned by the City of Vancouver Public Art Program in partnership with the Dr. Sun Yat-Sen Classical Chinese Garden. He is the Artistic Director and main curator of On Main Gallery (aka On The Cutting Edge Productions Society).