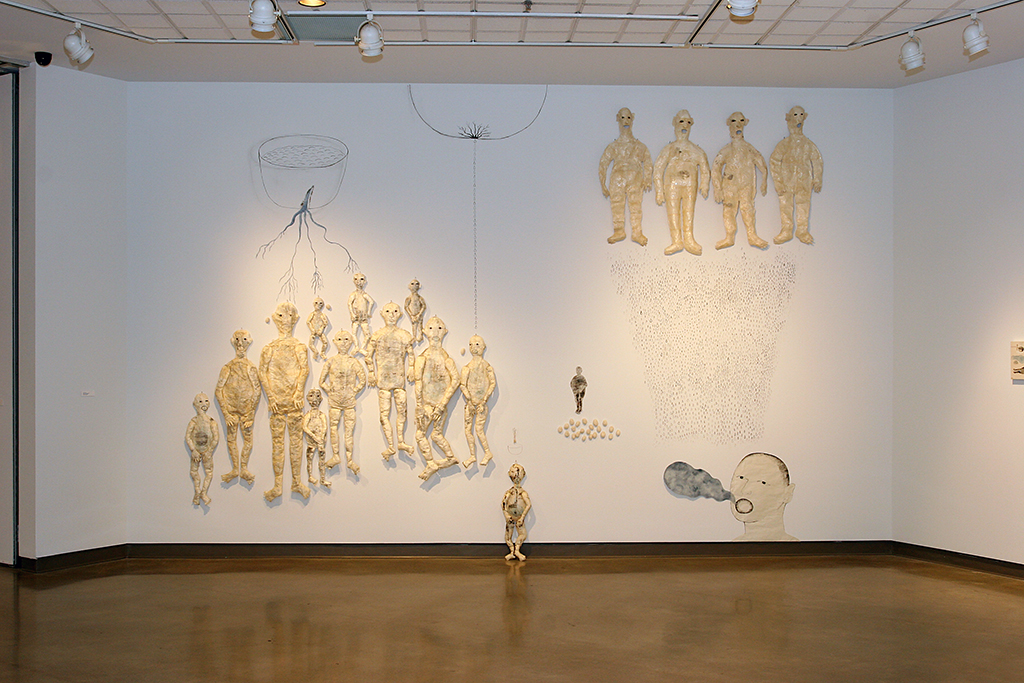 Tomoyo Ihaya presents new works that consider global citizenship and the value of human life. Ihaya’s mixed media installation presents an assemblage of drawings, stuffed paper figures and found objects developed through the artist’s travels to India and Mexico and her immersion in those cultures. She examines her relationship to food (particularly rice) and water in her travels as symbols of life, reflecting on the rituals involved in collection and daily use, as well as the increasing scarcity of these resources caused by naturally occurring processes and human intervention.

Tomoyo Ihaya received a BA (German Literature) at Rikkyo University before attending Mount Allsion University’s Fine Arts Program. She received a MFA at the University of Alberta in 2002. She has shown internationally for a decade and has received numerous awards, grants and residencies. Her work is in collections in Canada, the United States, Italy and Thailand.