UNIFORMED: Urban Heroes to McJobs is the summation of my exploration over a number of years into various manifestations of the uniform. During this time I have produced a number of bodies of work presenting the uniformed figure as an emblem of a certain type of popular culture and national identity (Hockey series); as the expression of a certain sort of romantic, youthful quest (Trans-Canada Bicyclists); as a celebration of certain admirable values like community service (Workers Banners); and as representations of various mundane, “hard-work” professions (Windsor Workers). Some of the works from these series, for example fire-fighters and women in non-traditional roles, in conjunction with my latest series, McJobs, will complete my study of the uniform, moving from the cultural and the heroic to the mundane and the oppressive. 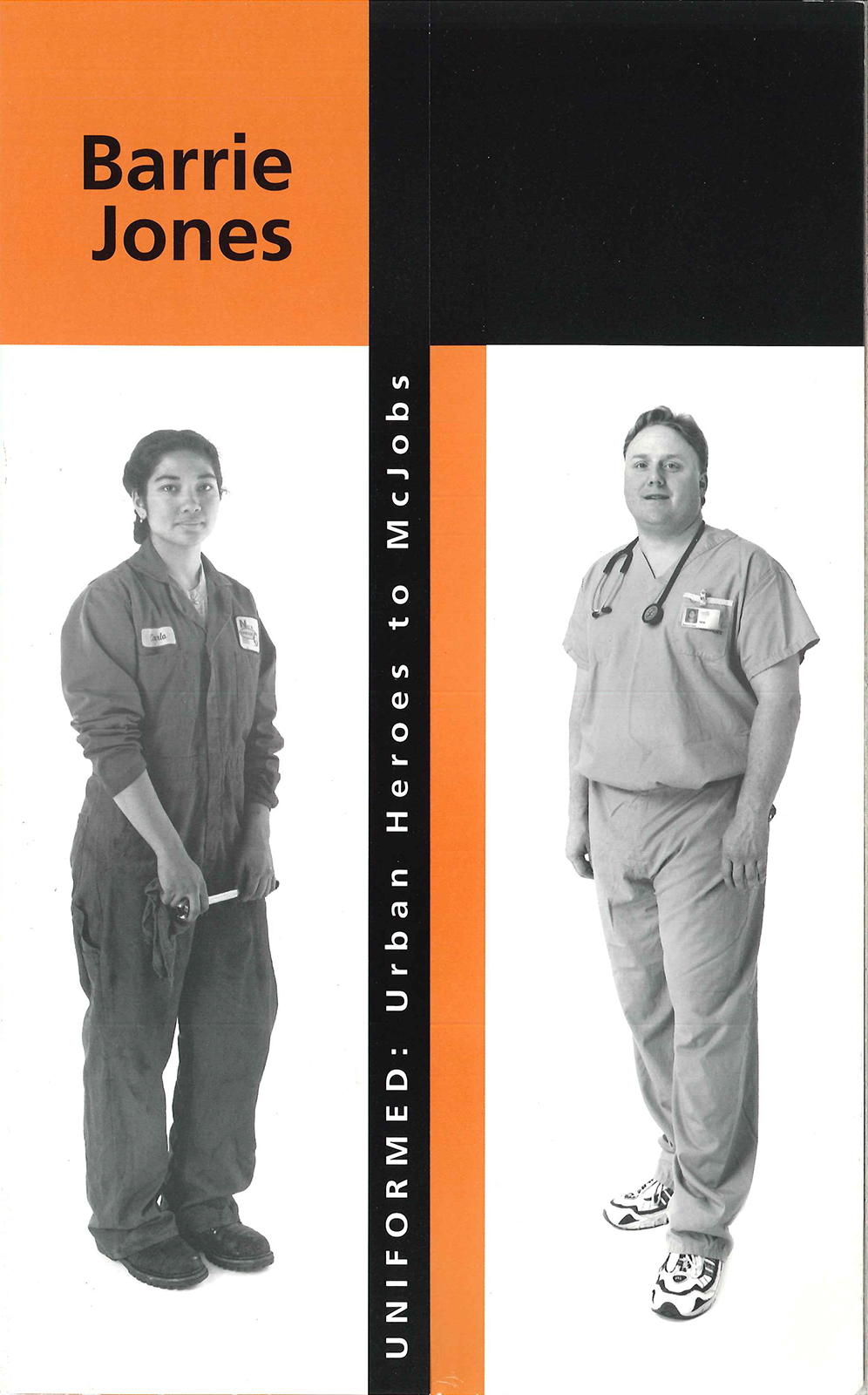