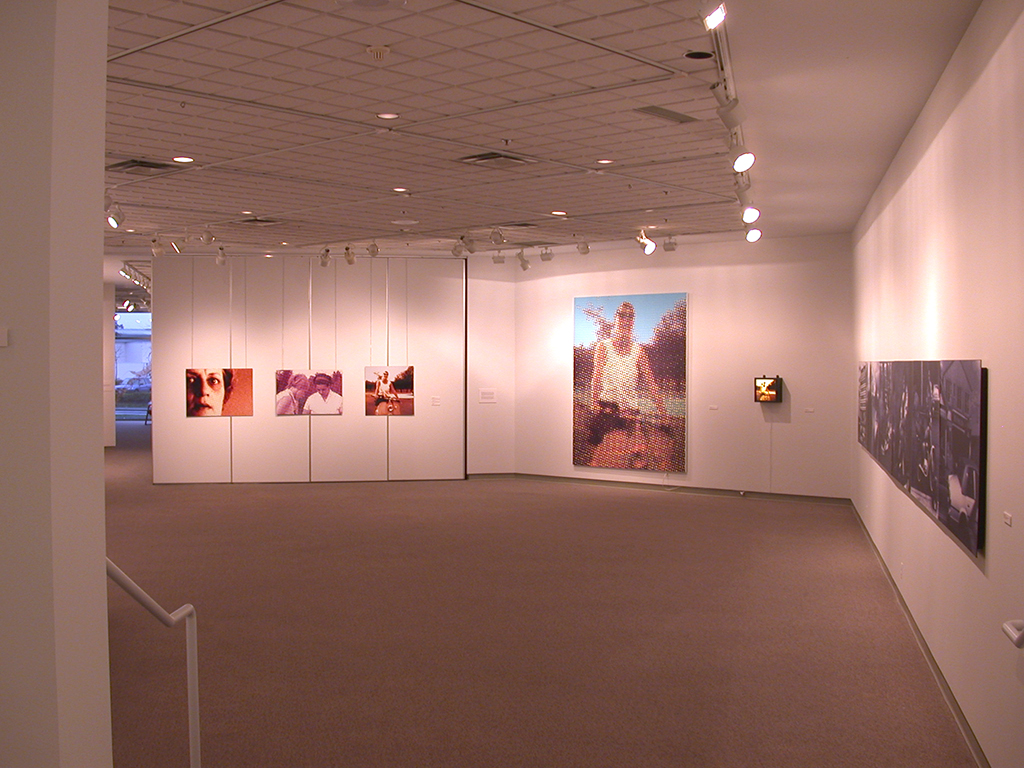 The photo-based series of images in Undercurrents is taken from the artist’s family album. The photographs explore the idea of misplaced narrative and altered contexts. Raymonde Corbeil sees snapshots as banal: capturing objects as images, yet inherently producing an understanding of nothing. This series is not about expanding art into life, but about photography within a contemporary art practice.

The archived photographs are used to generate motifs, or themes. Images are reshuffled into new narrative structures. Digital devices such as the dot matrix of a computer screen grid are superimposed to create a visual net to hold the viewers’ gaze. Sometimes an out-of-focus image is deliberately used to intensify the feeling of a suspension in time. Raymonde Corbeil is concerned with engaging the viewer critically.

Raymonde Corbeil was born in Montreal, she has been a Richmond resident since 1990. She received a Bachelor of Fine Arts from Emily Carr Institute of Art and Design in 1998, and has been exhibiting since 1997. Undercurrents is her first major solo exhibition.