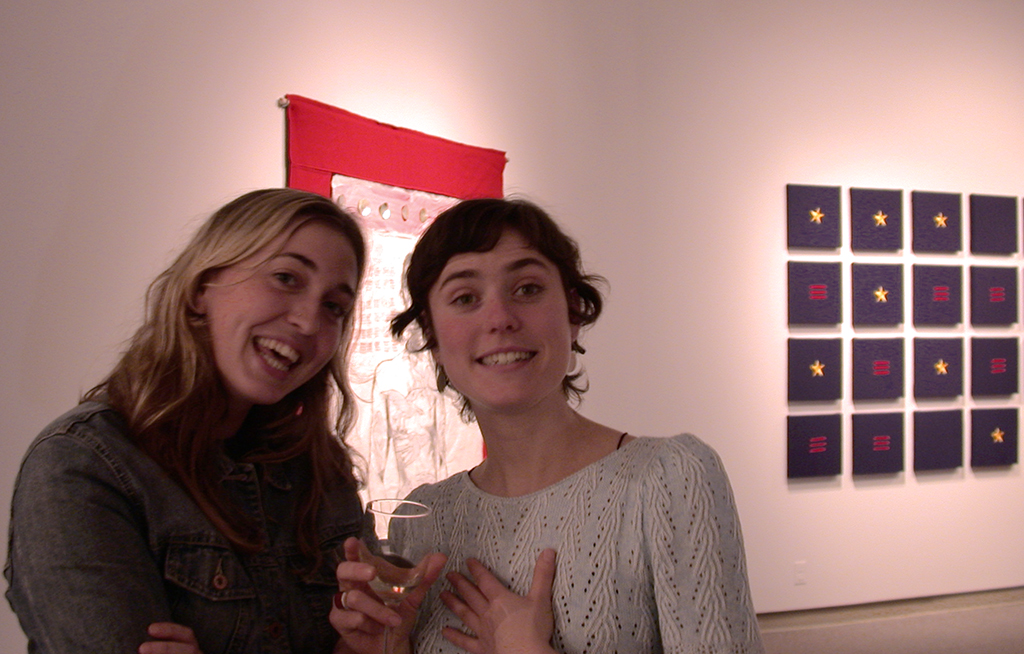 
There is a marked increase in the use of textile by contemporary artists, many of whom do not work exclusively in textile-based work, but rather incorporate it as required within a larger practice which utilizes a broad range of media and methods. Much of this work is highly inventive, focused on ideas and issues, and while craft is of necessity considered in making any work of art, with this work craft is secondary to conceptual considerations. While some work successfully employs an impressive obessiveness, there is often an irreverent, refreshing approach to the traditional notions of craft which transcends the tired art/craft debate. In fact, this work assumes its place unselfconsciously, never questioning its right to participate in the postmodernist debate challenging various aspects of established social, political, and feminist/gender attitudes. In a political stance parallel to its engagement with topical themes of racial identity, marginalization, and the undervaluation of women’s work both in the domestic realm and in the art world, this work rejects its prescribed position at the margins of contemporary art. In the spirit of bad girl art, some of these artists challenge notions of what is public and what is private, assuming a deliberately transgressive stance in the examination of gender and sexuality.

Thinking Textile presents the opportunity to consider current work by regional artists, including a mix of both established and emerging artists who are using some aspect of thinking textile in their production. The very flexibility inherent in textile, be it fabric, weaving, knitting, knotting, braiding, sewing, crocheting, fibre, skin, or the multitude of stitching applications, links it to function, ritual, fashion, costume, performance, installation, and an entire history of gender, value, and production. Although textile in the form of canvas has served as the support for that high-art practice, painting, which has ruled the hierarchy of Western Art History, it is clearly claiming power on its own terms. Uses and forms of textile are broad and boundless, specific and general, egalitarian and elitist, technical and theoretical; it is tactile, it is everywhere, in every culture. This interrelationship of materials and ideas provides the basis for discourse, and defies the capacity of the generic term textiles to describe its scope. 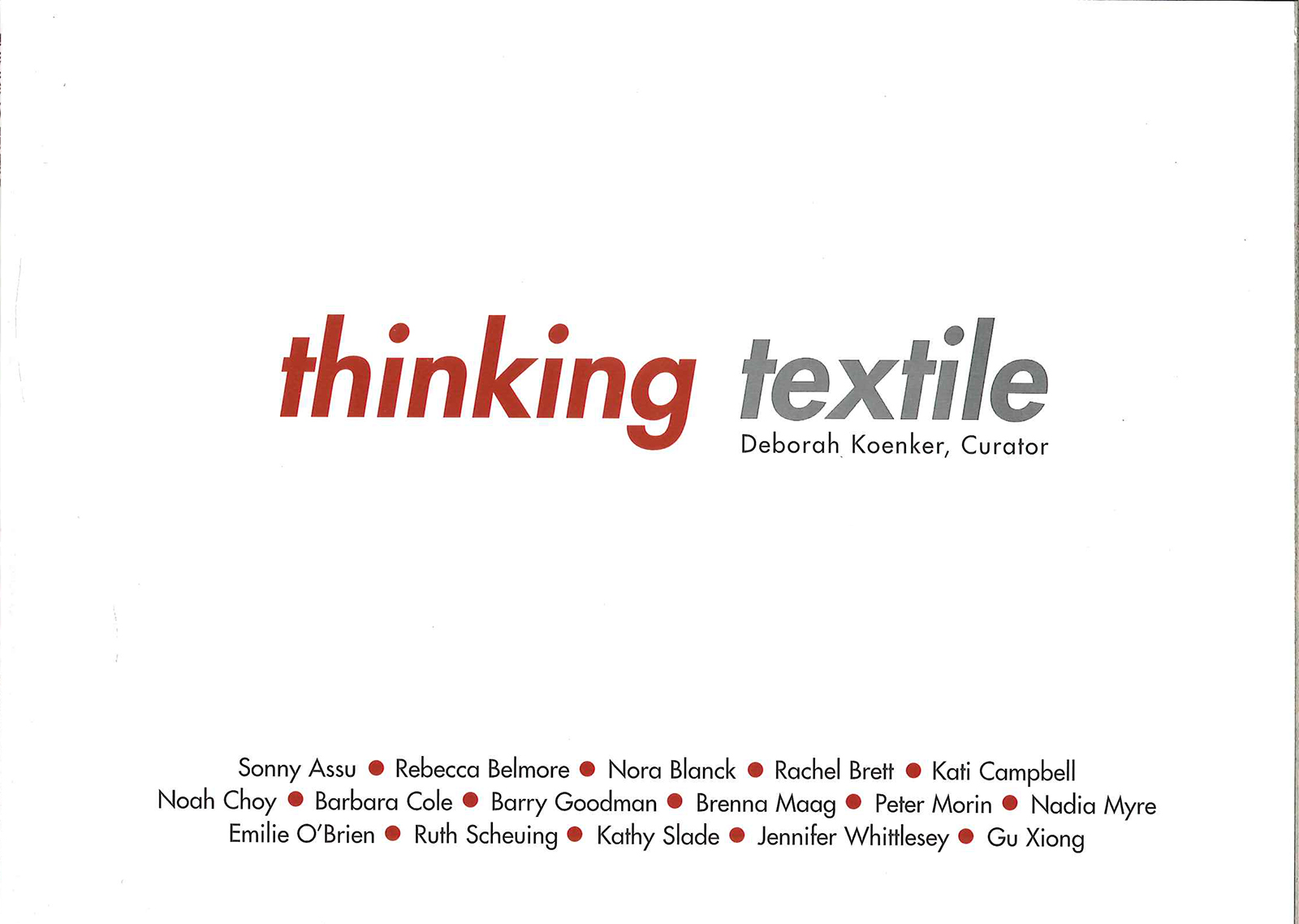 The exhibition Catalogue forÂ Thinking Textile, December 2003 at the Richmond Art Gallery. Features the work of 16 contemporary artists working conceptually and technically through the theme of textile. Includes images of the artwork and an essay by the curator, Deborah Koenker.
Authors: Deborah Koenker
Purchase for $8
See all publications.