The Making of an Archive: Photo Digitization Session 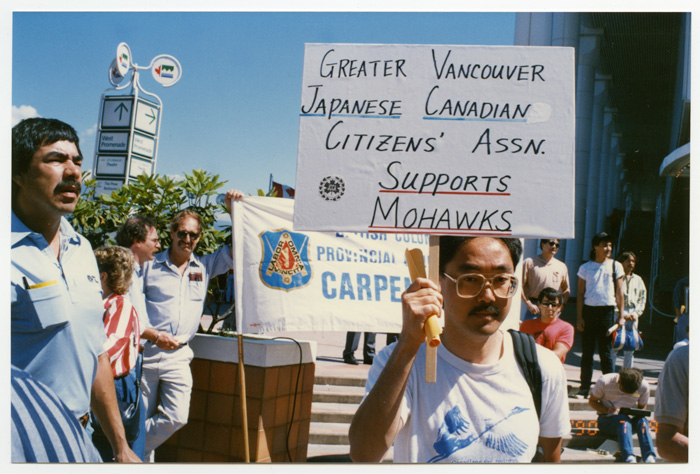 In collaboration with grunt gallery (Vancouver) and Gendai Gallery (Toronto).

There were two main catalysts for the initiation of Jacqueline Hoàng Nguyễn’s project, The Making of an Archive. One was the photo albums of the artist’s father, an amateur photographer who took countless snapshots of his daily life when he first immigrated to Canada in the 70’s. The second was the research Nguyễn did for 1967: A People Kind of Place, her sci-fi documentary and part of her project Space Fiction & the Archives, created out of archival material the artist found of Canada’s centennial, which celebrated the implementation of the country’s point-based immigration system. Her research into various national archives for the film—from the Canadian Broadcasting Corporation, the National Film Board and the Library and Archives Canada, in Ottawa—turned up surprisingly very little under searches for “multiculturalism” and hardly any evidence of the everyday lives of immigrants in Canada who came to live under this new system.

The lack of representation of the immigrant’s daily life in state narratives seems paradoxical for a country that is internationally known as the instigator of multiculturalism. Meanwhile, the printed images that her father took, much like countless albums collecting dust in homes across Canada, will soon disappear with age. Due to this visual deficiency and threat of disappearance, Nguyễn initiated The Making of an Archive, a project that seeks to collect images of everyday life photographed by Canadian immigrants, in a direct, collective and exploratory approach. By building this alternative structure of personal images, the artist aims to create a new archive that seeks to represent the fractured ideology of multiculturalism from the bottom up, where forms of civic engagement within a kinship structure or even in solidarity with other communities can be observed.

An ongoing project of indeterminate scale, The Making of an Archive consists of digitizing workshops, community outreach, digital recordings and interviews, the results of which are collected and preserved in the grunt gallery’s archives. Combining the support infrastructure of the art gallery with the artists’ collecting strategies, the project is in many ways a study of collaborative process and intention. The Making of an Archive questions existing frameworks for archival history-making, and chooses instead a trajectory of collective exploration. Drawing again from the artists’ reference to ‘space fiction’, speculation here leads to a kind of cultural star-gazing: seeing fragments of this nascent archive reminds us of vast possibilities—reflections of lives already lived, and new frameworks for a future we have yet to see.

A publication to accompany this ongoing project will be produced by grunt gallery in Spring 2018.

There will be two digitization sessions at the Richmond Art Gallery on October 21st and 22nd respectively.

WHERE YOU CAN FIND US:

OR to book a individual digitization session, contact Dan Pon at dan@grunt.ca.

For more information, read the FAQ.

Jacqueline Hoàng Nguyễn (Stockholm) is an artist that uses a broad range of medium while mostly relying on archival material to investigate issues of historicity, collectivity, Utopian politics, and multiculturalism within the framework of feminist theory. In 2015, she was the first artist-in-residence at the Museum of Ethnography in Stockholm. The residency was part of SWICH – Sharing a World of Inclusion, Creativity and Heritage – a collaborative project involving ten European museums of Ethnography and World Cultures. Together with curator Rado Ištok, they are currently editing Crating the World: Displaced Myths, Desires and Meanings, a parallel compendium to Nguyễn’s exhibition Black Atlas presented at the Museum of Ethnography, that is to be published in Spring 2017.