Selfish brings together diverse “self-portraits” by Toronto artist Barbara McGill Balfour that humorously reflect upon the enigma of identity. Representations of the artist in the guise of her favourite television characters, in action figures created in her own likeness, in Silly Putty body impressions and in a fingerprint installation point to the impossibility of defining a fixed sense of self. Identity is always in a flux.

ARTIST BIOGRAPHY
Barbara McGill Balfour was raised in Montreal and received a B.A. in French Literature from Smith College in Massachusetts, an A.O.C.A. from the Ontario College of Art in Toronto, and a M.F.A. from Concordia University in Montreal. She taught print media and feminist art and theory at Concordia University before assuming the position of Head of the Print Media Area, Department of Visual Arts at York University in 1999. She has exhibited across Canada and the United States since 1988. 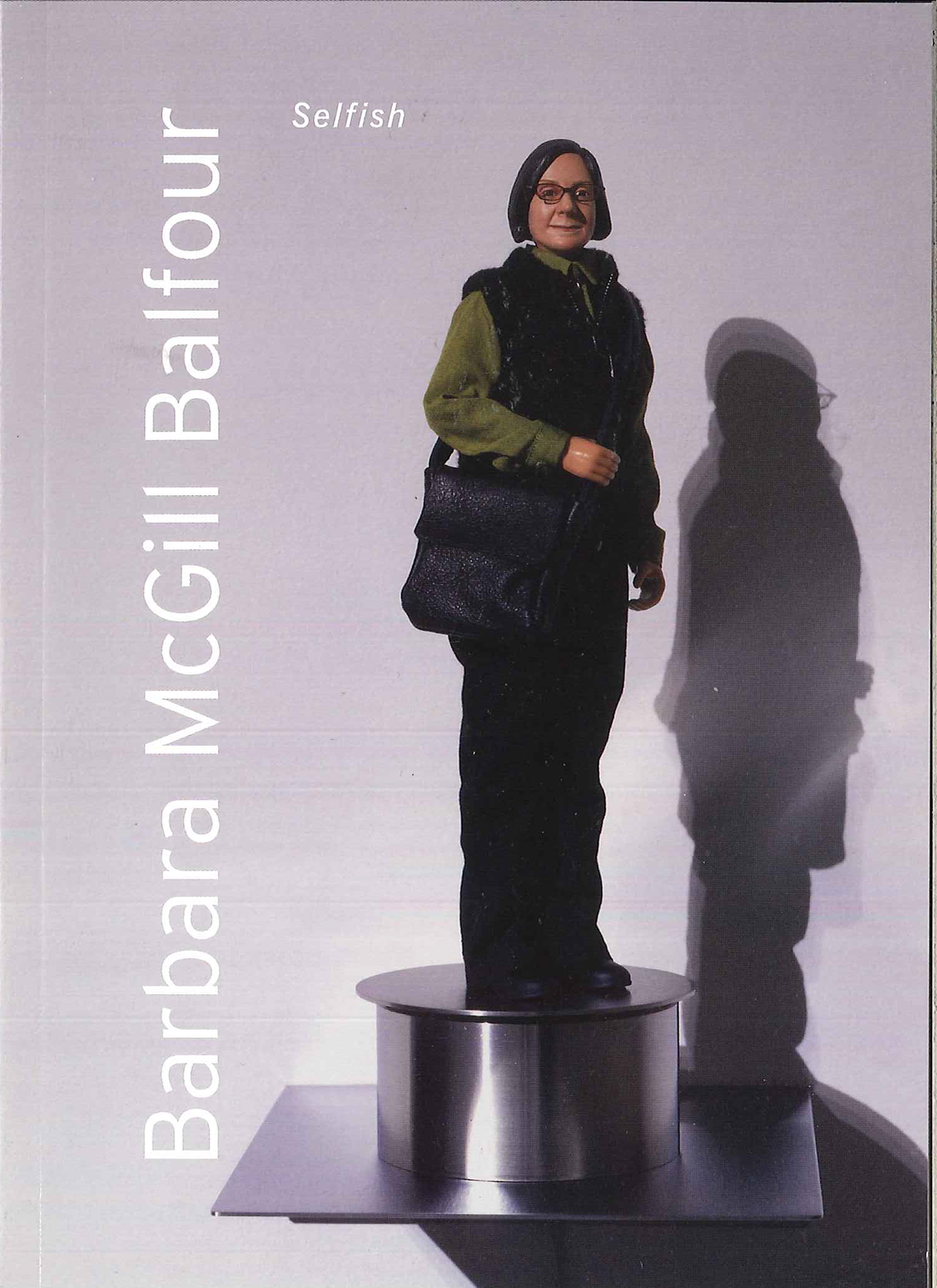 Purchase for $2
See all publications.