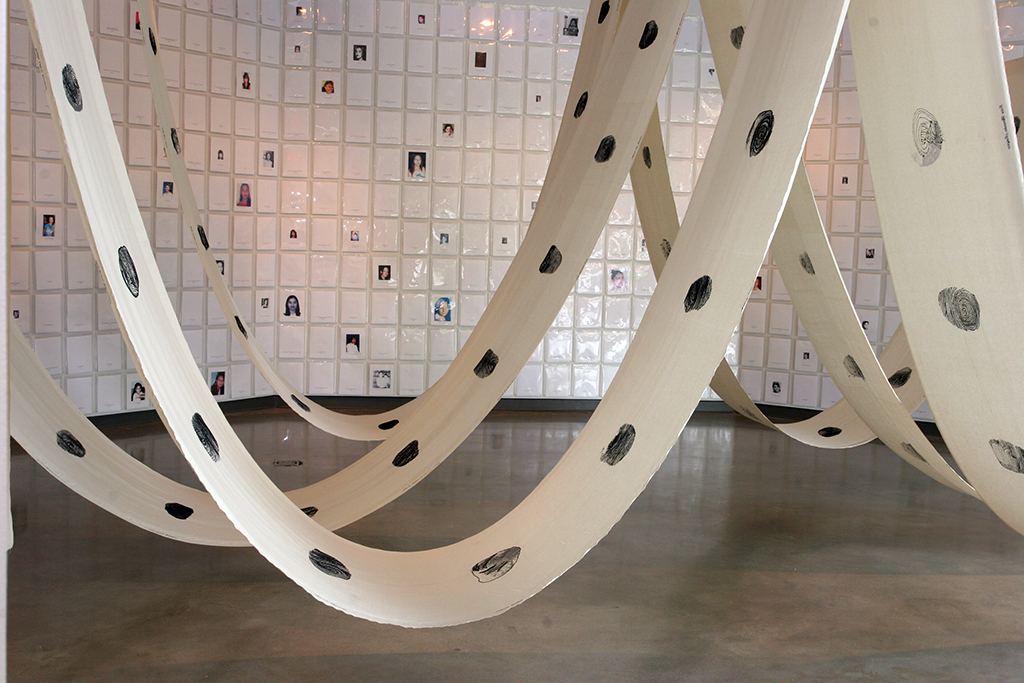 Missing/Las Desaparecidas is the culmination of three years of work by Deborah Koenker in collaboration with residents of the small town of Tapalpa, Jalisco, Mexico, who participated in creating a long textile piece with their embroidered fingerprints. Together with digital photos of these participants and the names or photos of victims, it is a tribute to the hundreds of missing and murdered women and girls in Ciudad Juárez and Chihuahua City—mostly poor factory workers employed in the primarily US owned manufacturing plants along the border. This work calls attention to the human rights crisis within our free trade global marketplace and the bodies of women as a site of violent struggle and violation. Koenker and her collaborators have facilitated an opportunity for public protest and mourning, memorialization, empathic identification and collective political and moral consciousness.

ARTIST BIOGRAPHY
Deborah Koenker
received a BA from the University of California, did post-graduate work at Central St. Martins, and earned a MFA from Claremont Graduate University. She is an Associate Professor at ECI. She was instrumental in establishing the Malaspina Printmakers Workshop and has an extensive record of exhibitions in Canada, the United States and Mexico over the past 30 years. She has received numerous grants and is represented in 26 public collections in Canada and the United States. 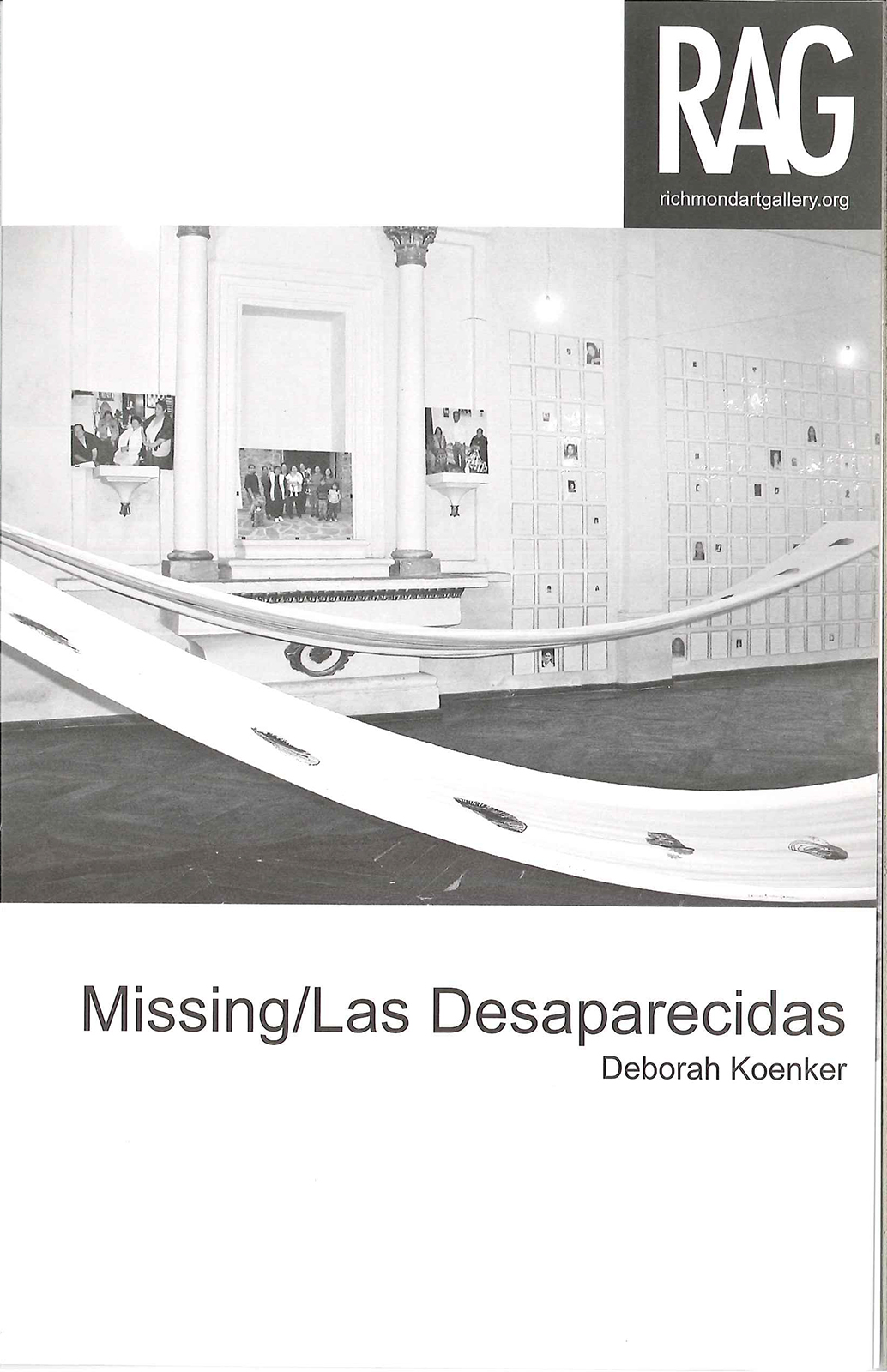