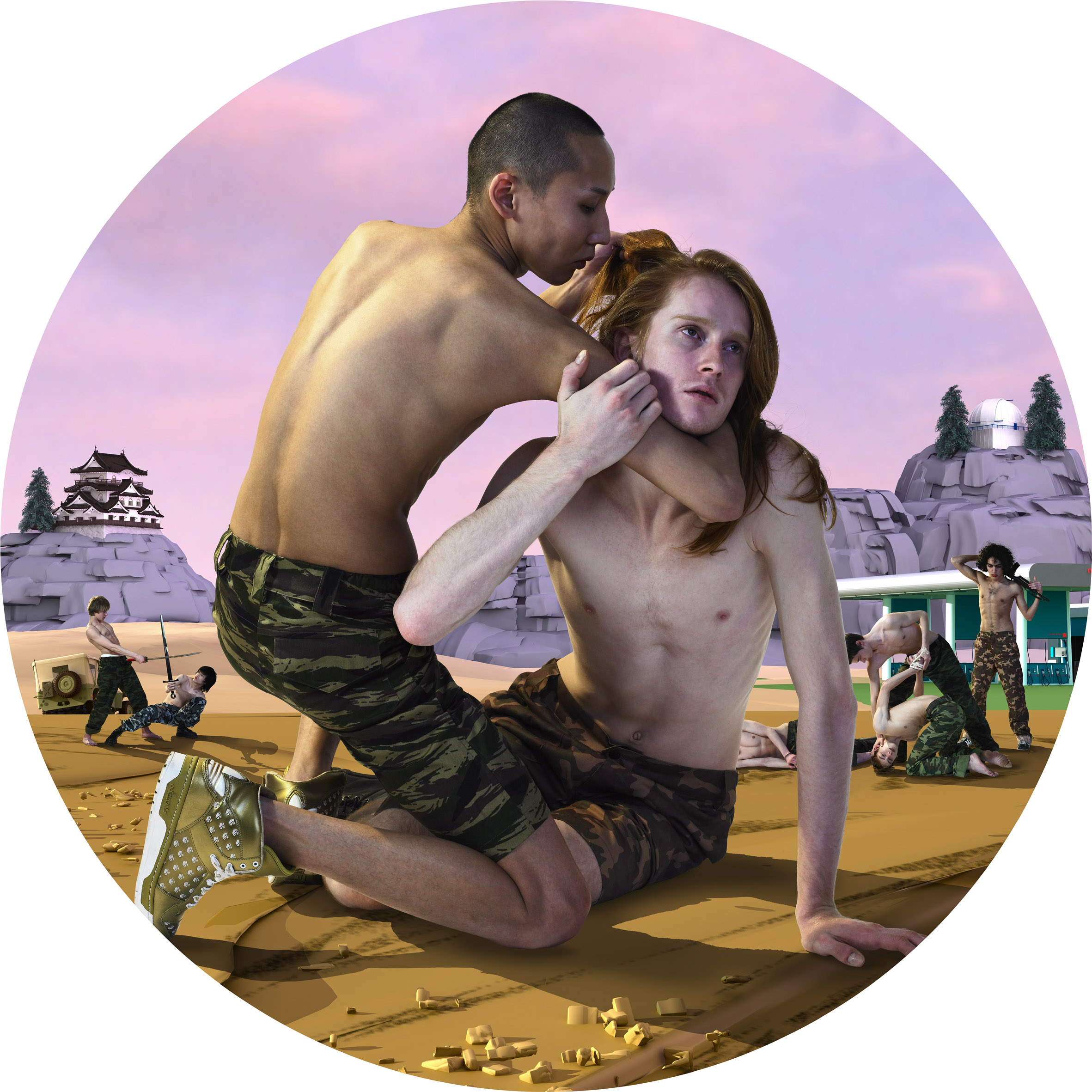 In collaboration with the Vancouver Biennale, the Richmond Art Gallery will present a video installation by the Russian artist collective, AES+F, Last Riot and a series of video stills.  Last Riot, the most celebrated presentation at the 2007 Venice Biennale, is a three-channel video work based on the aesthetic of computer gaming, where violence is stylized and glamorized, presented in a digital landscape.  Formed in 1987, AES+F work collectively in media ranging from photography, sculpture and drawing to video, performance and computer-based media.  Exploring the aesthetics of technology, cinema, advertising and fashion, AES+F expose the surreal, fantasy visualizations of pop culture, “constructing a futuristic mythological metaphor for the present through their glamorous, seductive yet alarming, artificially hyper-realistic imageries… The heroes of the new epoch have only one identity, that of participants in the last riot. Each fights both self and the other, there’s no longer any difference between victim and aggressor, male and female. This world celebrates the end of ideology, history and ethics.” 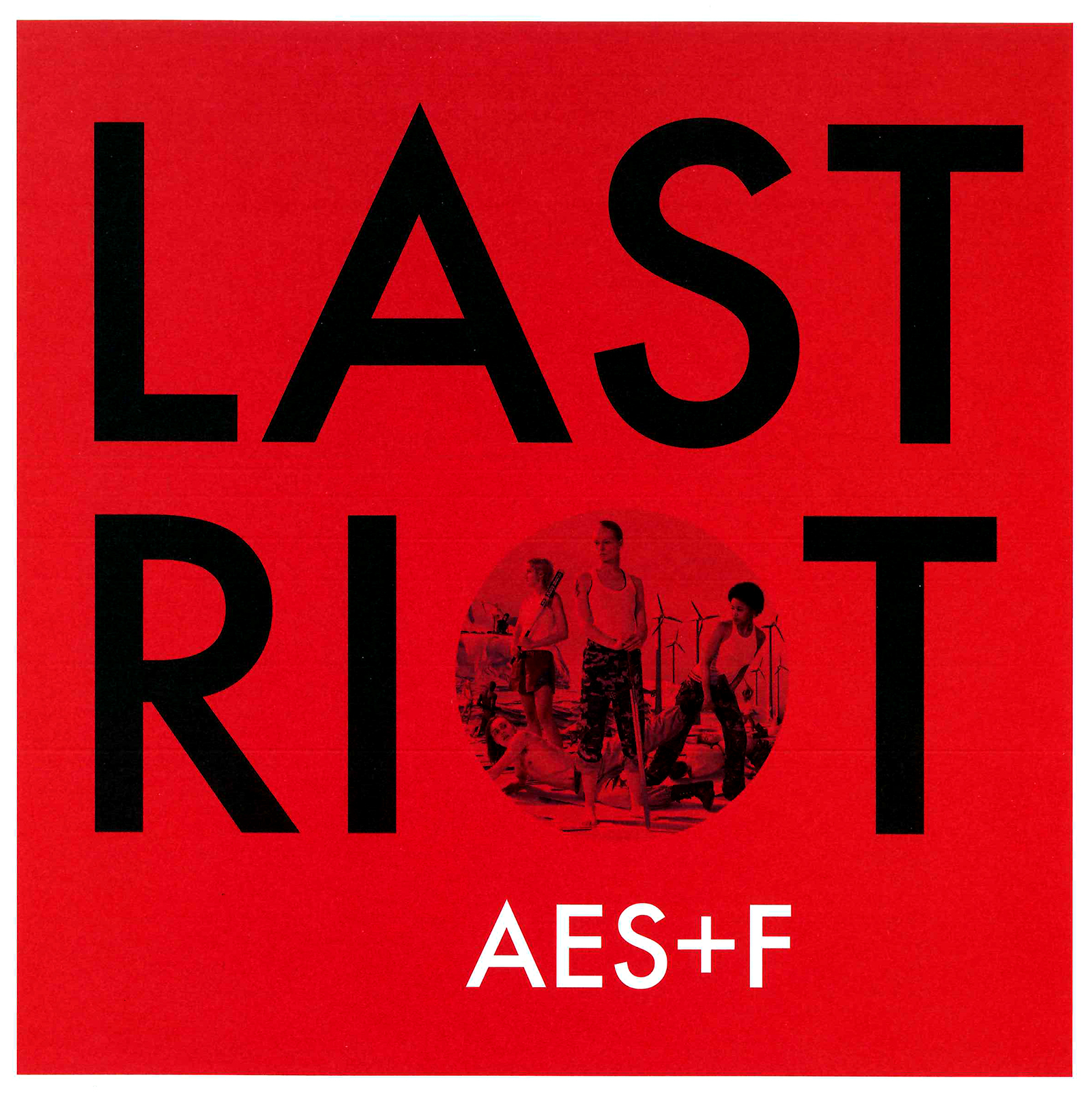