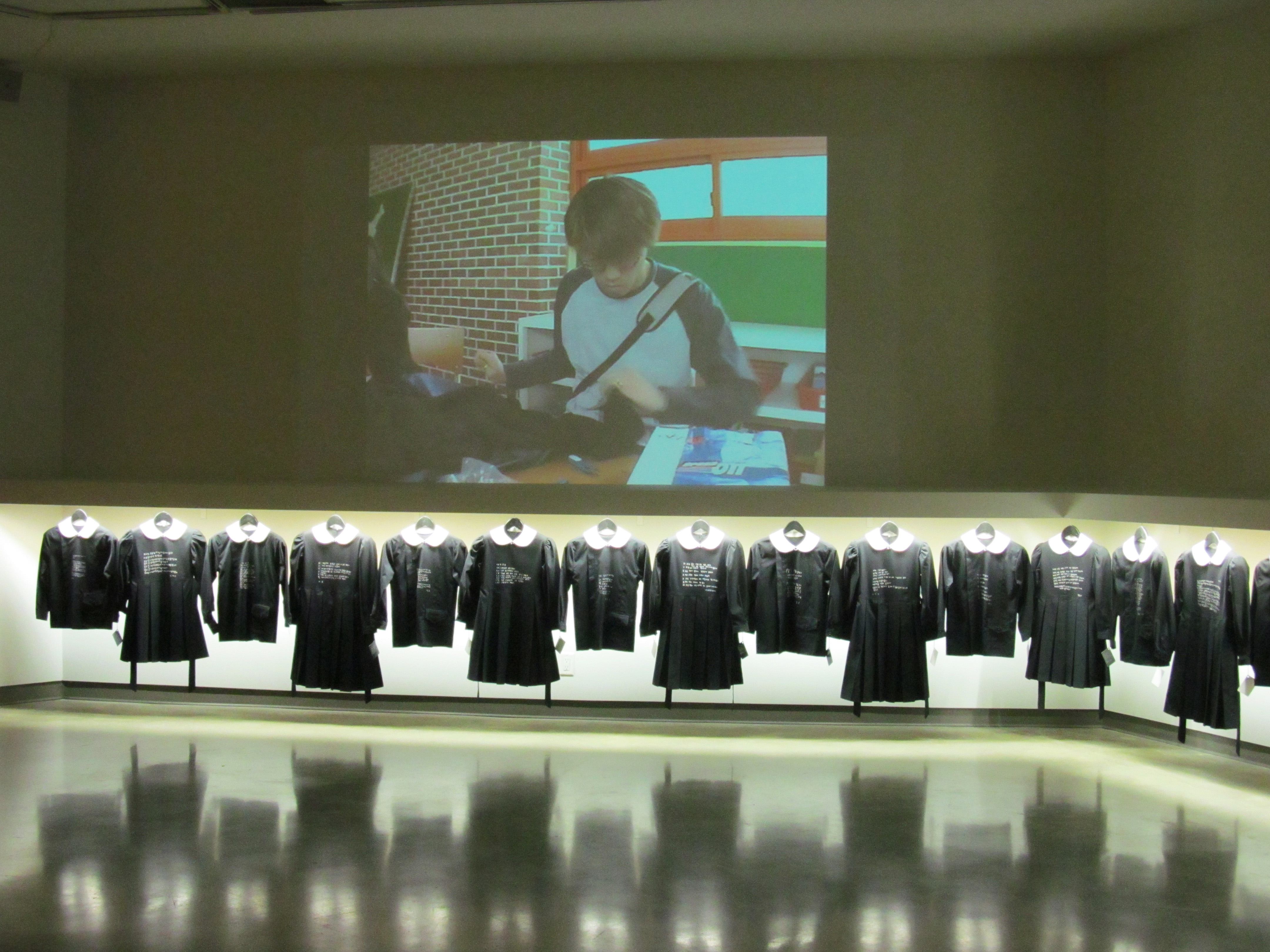 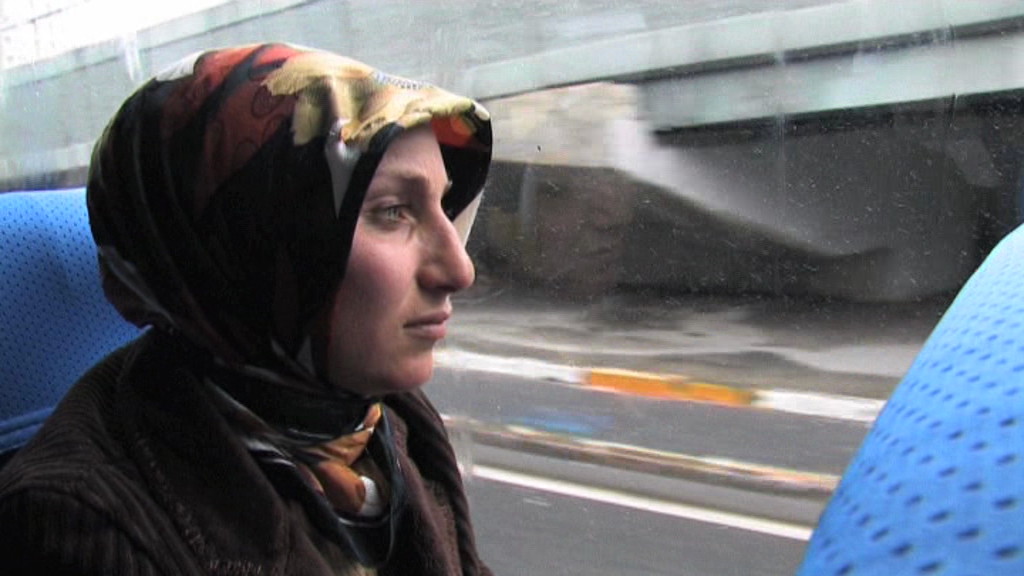 
The exhibition, Landed will feature two video-based installations: I am Turkish, I am Honest, I am Diligent… (2002) and Passengers (2009).  Her exploration of social behavior and underlying determinants has been the focus of her photographic, video and installation work for over a decade.  This will be Esra Ersen’s first solo exhibition in Canada.

I am Turkish, I am Honest, I am Diligent… was first developed in 1998 for a secondary school in Velen, Münsterland, in Germany, and adapted in 2002 for the 4th Kwangju Biennial in Korea. A third version was executed in 2005 in a primary school in Linz, Austria. I am Turkish, I am Honest, I am Diligent… derives from a patriotic oath taken at Turkish schools at regular intervals. The installation at Richmond Art Gallery will present the Korean version including video and the Turkish school uniforms worn by the students participating in the project. In all three situations students were asked to write daily how they felt wearing the uniform. Ersen discovered that transferring the project to school systems in different cultures prompted contrasting reactions. Richmond Art Gallery will also present the Linz version on a small monitor in a separate gallery space to augment the installation of the Korean version. I am Turkish, I am Honest, I am Diligent… is a provocative examination of the formation of identity – individual and collective.

The second installation, Passengers, (2009) was originally commissioned by TANAS, in Berlin. Prompted by a newspaper clipping focusing on individuals who have been living in Istanbul for forty years and never seen the Bosporus Sea, Ersen investigated the genesis of such conditioning and circumstances of this community. For the project she approached women who had been living in Istanbul for more than thirty years but who had never stepped out of their district. Ersen hired a bus to take women, their children, and some male relatives to the Bosporus Sea. The two-channel video displays the route the bus takes to the planned spot and the streets of the district. The work was produced in a pre-election period in Istanbul where flags and banners of parties occupied the public space and were highly visible. Passengers is a metaphorical journey where political and social tensions are revealed through a seemingly benign bus trip.

The exhibition opens on Thursday, June 27 at 7:00pm and the artist will be in attendance. An artist talk will begin at 8:00pm.

Esra Ersen was born in Ankara, Turkey in 1970. After receiving Bachelor’s and Master’s degrees from the Marmara University School of Fine Arts in Istanbul, Ersen completed the post-diploma program in France at the Ecole supérieure des beaux-arts de Nantes (2000). Over a span of time lasting ten years and starting in 1998, she was invited to participate in a number of major artistic programs, including the IASPIS (2001) and Delfina International Fellowship (2005), in UK, Sweden, Germany, France and Austria. Among her most recent exhibitions and projects are: Seven New Works, at the Borusan Contemporary, Istanbul (2011); Dream and Reality, at the Istanbul Modern (2011); Tactics of Invisibility, Arter, Vehbi Koc Contemporary Art Foundation, Istanbul (2011); Aussicht auf Veränderungen, Akademie einer anderen Stadt, Art in Public Space, Hamburg and Tanzimat, Augarten Contemporary, Vienna (2010),Tanas (Berlin, 2009); Elsewhere, Kunsthaus Baselland (Basel,2007); Esra Ersen, Frankfurter Kunstverein (Frankfurt, 2006); Works 1998–2005, OK Centrum für Gegenwartskunst (Linz, 2005) and If You Could Speak Swedish… , Moderna Museet (Stockholm, 2001). Her work has been included in the 27th Sao Paulo, the 4th and 8th Istanbul, the 4th Kwanju and the Liverpool Biennials, and the Manifesta 4 Europe Biennial. Ersen has taught at the Hochschule für Bildende Künste in Dresden and The Royal Danish Academy in Copenhagen. She divides her time between Istanbul and Berlin.

Purchase for $1
See all publications.