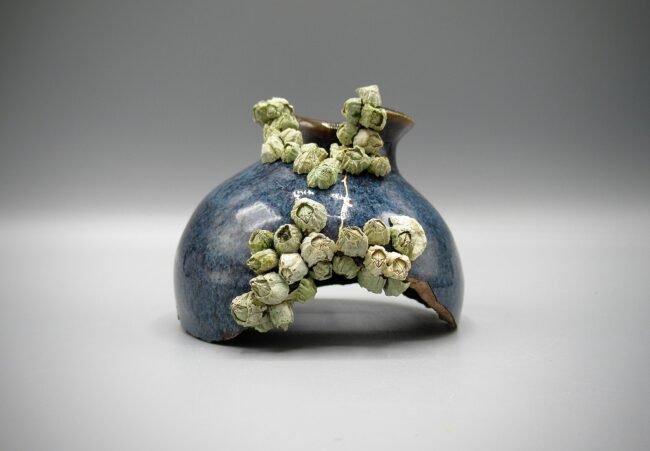 Imperfect Offerings features new commissions and past works by three BC artists with a ceramics practice: Jesse Birch, Naoko Fukumaru, Glenn Lewis. The works presented embody both function and beauty. Selected pieces recall the artists’ hands that made them, foregrounding the tactility of creating, rebuilding, and healing. The exhibition’s core themes resonate with our collective journey through the COVID-19 pandemic, highlighting recovery and a careful return to sociality. Several of the pieces are also functional pieces of pottery, meant to be used to serve tea or share food and drink. Each featured artist has a unique connection to the rich history of pottery in British Columbia, which was influenced by the revolutionary studio pottery movements of renowned Japanese potter Shōji Hamada and British ceramicist Bernard Leach.

With a focus on rediscovering the simple pleasures of social gatherings and communal being, Imperfect Offerings provides a hopeful look toward a post-pandemic future. As summer emerges, there is a renewed sense of optimism for things we’ve lost in the past year: shared meals, gatherings with friends and family, moments of human connection. This exhibition brings together objects that serve as conduits for intimate care and aesthetic play.

Naoko Fukumaru is a Kyoto-born, Vancouver-based kintsugi artist. A professional conservator — who previously worked at the Detroit Institute of Arts Museum, the Metropolitan Museum in New York, and was involved in major conservation projects such as Leonardo da Vinci’s The Last Supper — Fukumaru has been collaborating with prominent B.C. potters since 2019 to restore, adapt, and reinvent their broken or cracked works. The exhibition presents over 200 works of kintsugi as well as the new commission and installation Slug Pottery Excavation Room, an homage to the legacy of the artists who helped define the pottery scene in B.C. Created with pieces of broken ceramics found at the former site of Mick Henry’s studio, Slug Pottery, the installation gives shape to a unique form of collaboration between artists past and present. Fukumaru’s kintsugi respectfully brings new life and attention to the works of Henry, Lewis, Wayne Ngan, Heinz Laffin, and others.

Glenn Lewis is a renowned artist who apprenticed under Bernard Leach in the UK in the early 1960s. The exhibition features The Poetic Process, an installation of 20 large-scale photographs and five pots originally created while Lewis was in residence at Leach Pottery in St. Ives, England. When the work was shipped to Vancouver, the pottery arrived broken. Rather than discarding the pieces, Lewis decided to repair the pots using kintsugi, a 500-year-old Japanese method of restoring damaged ceramics through golden rejoinery. The work now serves as a reminder of the beauty in imperfections.

Jesse Birch is the curator of Nanaimo Art Gallery, an artist, and writer. His emerging ceramics practice has been influenced by BC potters following the Hamada and Leach tradition, including Lewis. For Imperfect Offerings, Birch presents a new teapot set with cups that he has gifted to Richmond Art Gallery. Once the exhibition closes, the set will join the gallery’s everyday kitchen wares, rather than entering the collection. Birch intends to help facilitate future convivial encounters in the space, while also contributing to the care of those who work so hard making culture happen. The set has also been touched by kintsugi: the teapot lid cracked during the original firing and was repaired by Fukumaru.

Pending COVID-19 provincial health orders, the Richmond Art Gallery will host a public talk between Fukumaru, Lewis and curator Makiko Hara on Saturday, July 31. The talk will focus on the critical Morris and Helen Belkin Art Gallery exhibition Thrown (2004), and pieces from the show that were later restored with kintsugi. There will also be a Tea and Talks series, potentially hosted with Birch’s teapot set during the final week of the exhibition in August. 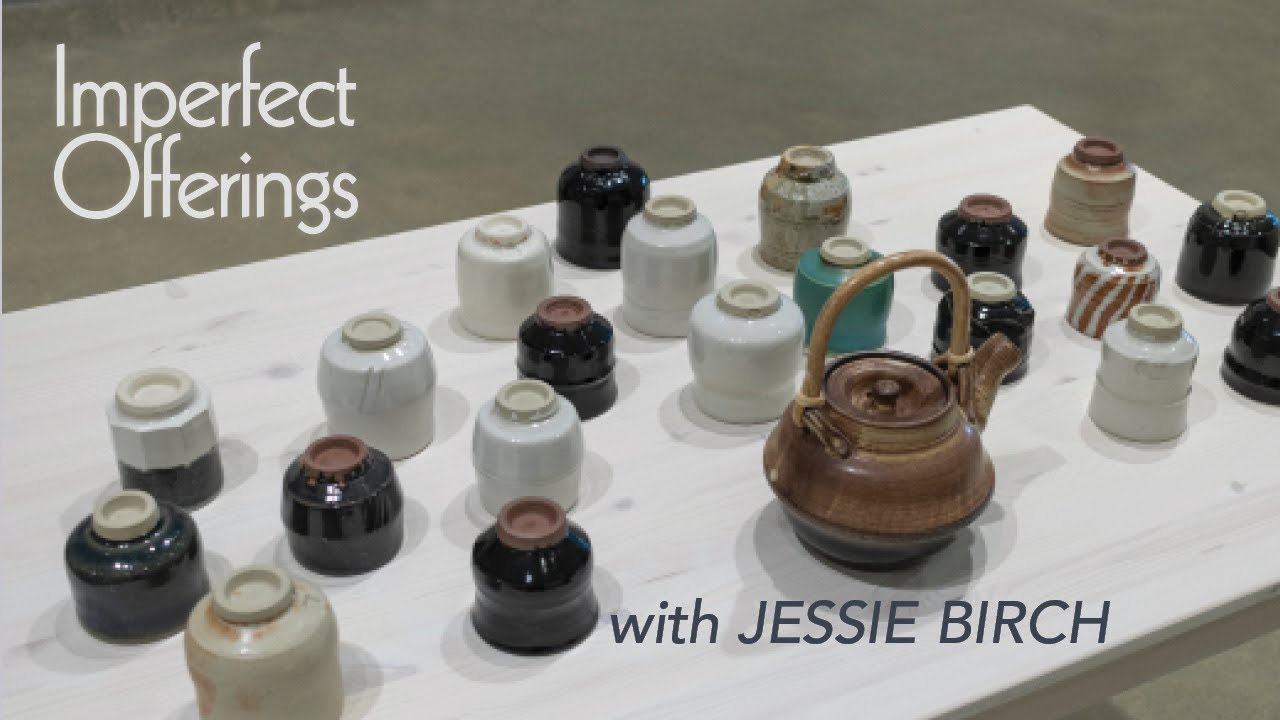 WATCH: Artist and curator Jesse Birch discusses his work in the exhibition Imperfect Offerings at the Richmond Art Gallery from June 26 - August 22, 2021. 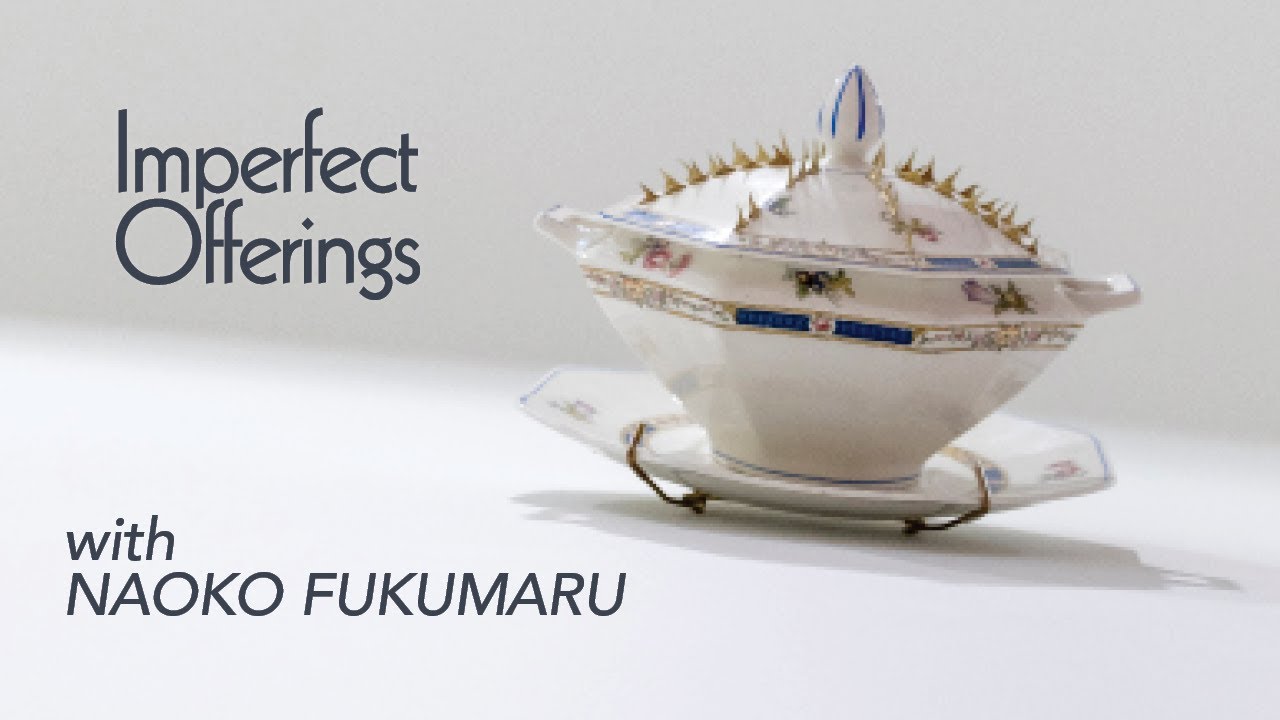 WATCH: Artist Naoko Fukumaru discusses her work in the exhibition Imperfect Offerings at the Richmond Art Gallery from June 26 - August 22, 2021. 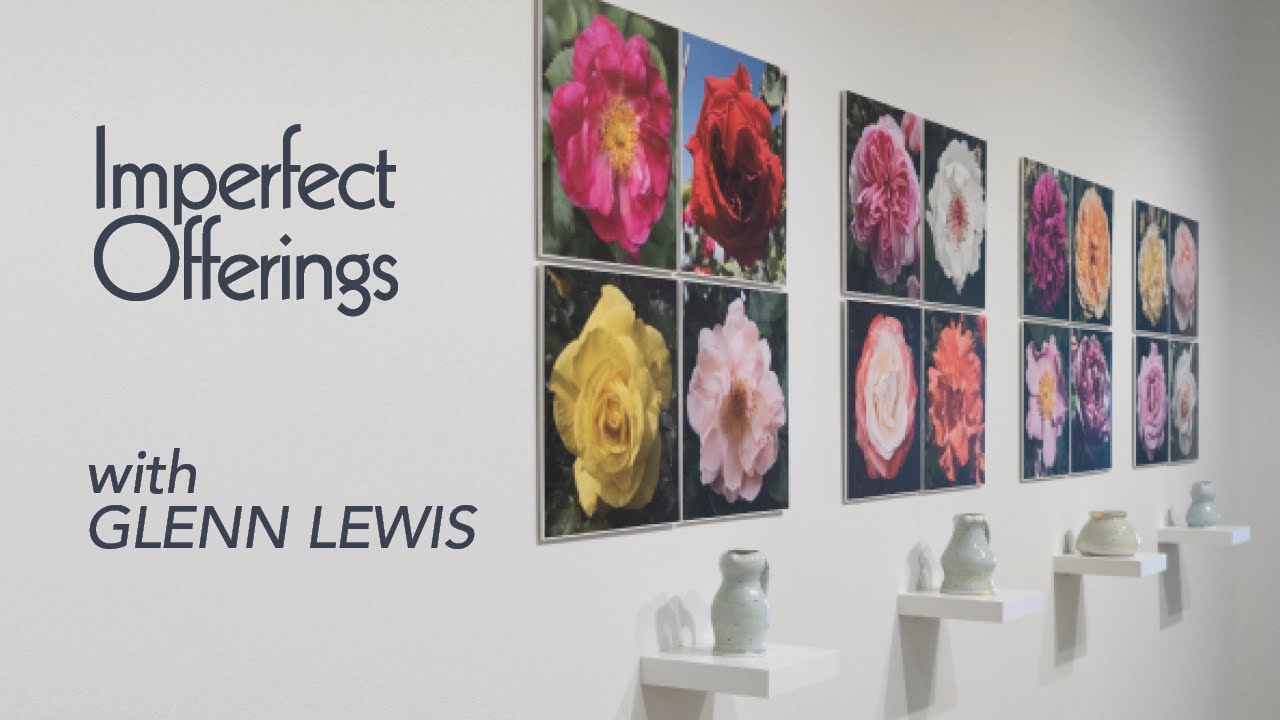 WATCH: Artist Glenn Lewis discusses his works in the exhibition Imperfect Offerings at the Richmond Art Gallery from June 26 - August 22, 2021. 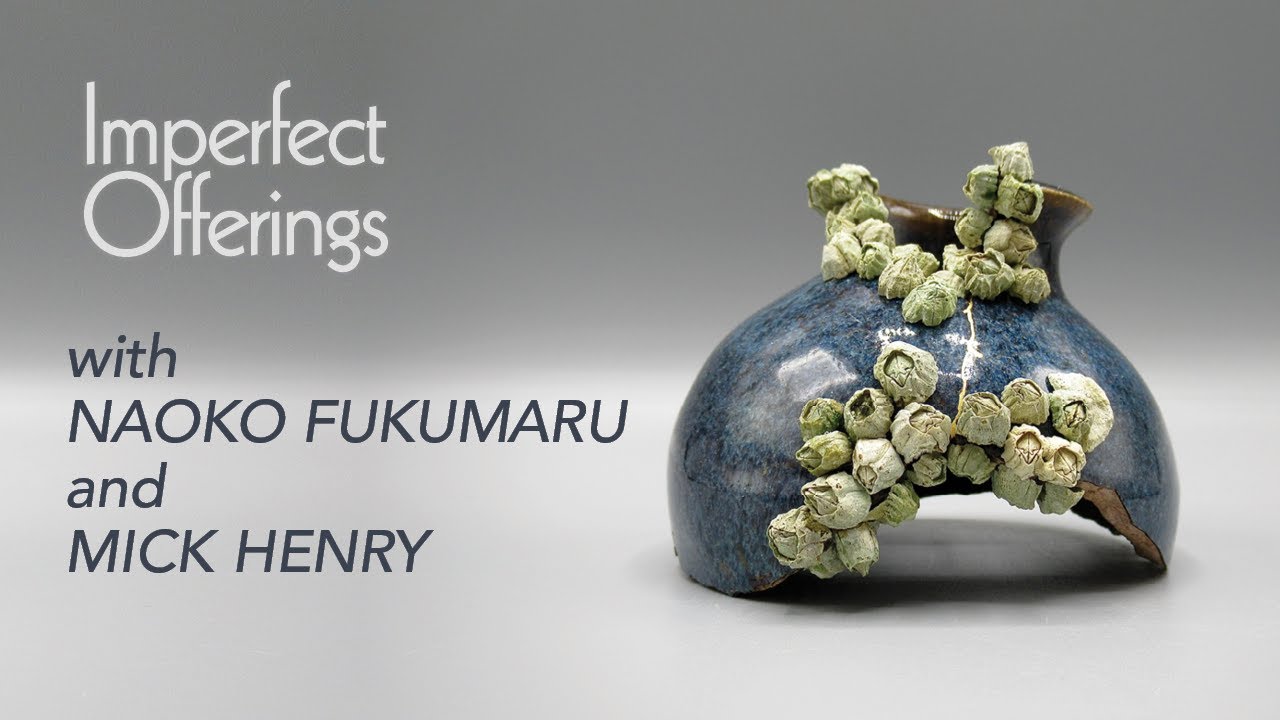 WATCH: Artist Naoko Fukumaru in conversation with Mick Henry about the Slug Pottery Excavation Room installation in the exhibition Imperfect Offerings at the Richmond Art Gallery from June 26 - August 22, 2021.