Guys at the Fair 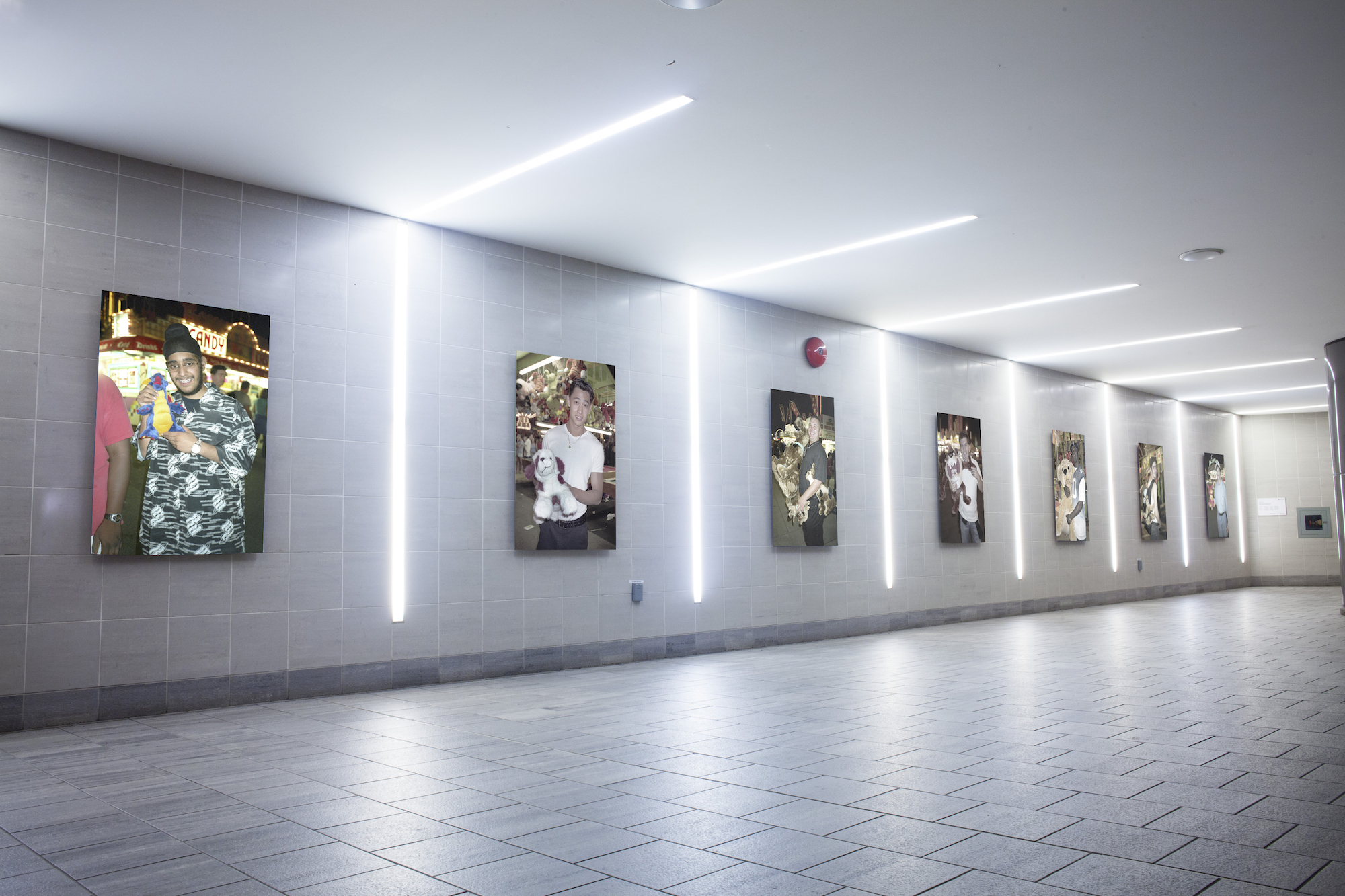 
Beginning in 2013, acclaimed Canadian artist Ho Tam initiated a series of self-published artist books entitled Poser (2013–16). Using the magazine format, Poser is a book series of snapshots taken in public at specific locations. Each issue focuses on a site and a grouping of people found there. Using a simple snap-and-shoot camera, Tam will approach subjects, ask permission, and take one photograph. Guys at the Fair is a selection of seven portraits from Poser #2 (2013). The issue presents images shot at the 2003 Canadian National Exhibition (CNE) in Toronto. Ho Tam approached men who had won stuffed animals from carnival game booths. The series interrogates the mediated construction of masculinity, revealing diverse facets of the self through endearing, humorous, and at times awkward intimate portraits of men.

Tam’s Canada Line installations are extensions of Cover to Cover, a solo exhibition of the artist’s work at the Richmond Art Gallery through to May 27.

Ho Tam was born in Hong Kong, educated in Canada and the US, and worked at advertising companies and in community psychiatric facilities before turning to art. He practices in multiple disciplines including photography, video, painting, and print media. His first video, The Yellow Pages, was commissioned by the public art group PUBLIC ACCESS for an installation/projection at the Union Station of Toronto in 1994–95. Since then, Tam has produced over fifteen experimental videos. He was included in the travelling exhibition Magnetic North: Canadian Experimental Video by Walker Art Center, Minnesota. His feature documentary film Books of James was awarded Outstanding Artistic Achievement (Outfest, LA) and Best Feature Documentary (Tel Aviv LGBT Film Festival). He also publishes several series of artist’s books and zines. Tam is an alumni of the Whitney Museum Independent Studies Program, Bard College (MFA) and the recipient of various fellowships and artist grants.
Upcoming, Ho Tam will present A Brief History of Me at Paul Petro Contemporary Art in Toronto for the Contact Photography Festival.