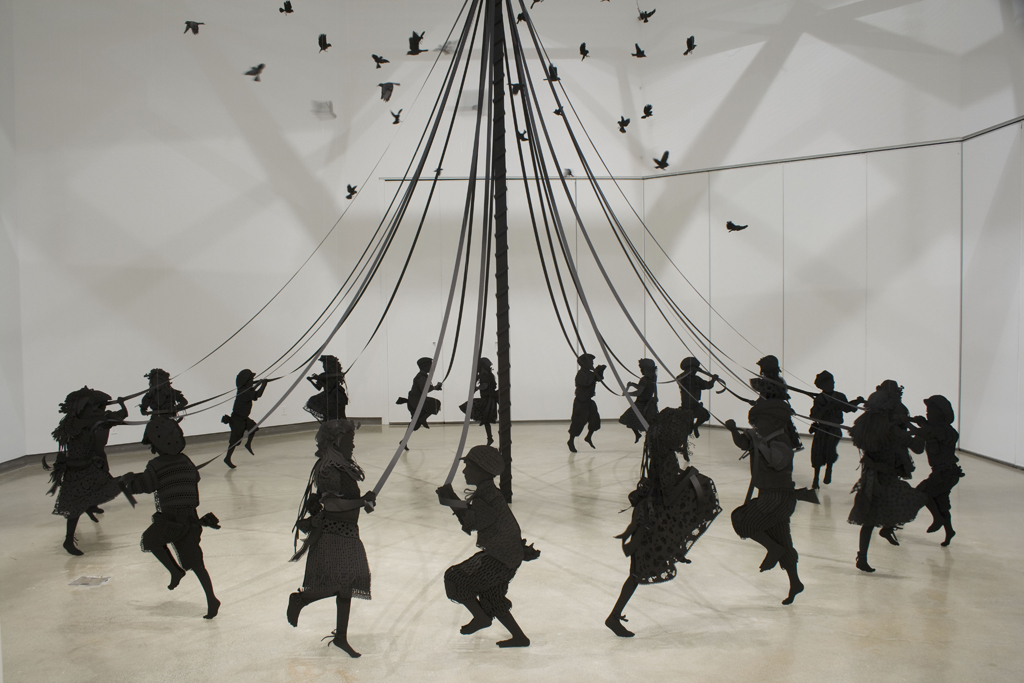 
Each artist creates idiosyncratic delineations between what is visible and what is hidden and considers the possibilities of potential or imagined lives and experiences. The craft-based, tactile aspects of their practices evoke human elements absent from many generically manufactured experiences in contemporary life.

Nagtegaal knits a rainbow of facial hairpieces, exploring alternate identities. They convey a sense of comfort while prompting memory and exploring personal, gender and queer politics. The artist attempts to elevate these objects beyond reductive associations with marginalized craft histories, recalling the high art trope of the painter’s palette through her use of coloured wool. Malakoff references the Maypole dance and May Day celebrations, traditionally colourful affairs meant to usher in the summer months and ward off winter, the artists’ elucidation of this event strictly with the use of black paper modifies that perception and offers alternative readings of this oft interpreted and re-enacted event.

ARTIST BIOGRAPHIES
Heidi Nagtegaal received a BFA from ECI in 2005, lives in Vancouver and has been knitting continuously for the past 4 years. She has had recent exhibitions at CSA, Zulu Records, Western Front, Centre A, and the Helen Pitt Gallery ARC. Current work centres around ideas of folk and alternative cultures, costume, identity and disguise, as well as disappearance and appearance.
www.heidi-nagtegaal.com

Kristi Malakoff is a 2005 graduate of ECI in Vancouver where she was the recipient of many awards, among them the Helen Pitt award, the Alvin Balkind Memorial Scholarship and the Governor General’s Award. She has participated in artist residency programs at the Banff Centre, the Stride Gallery, Calgary, and SÍM, Reykjavík, Iceland and has recently returned from living in Berlin. She has exhibited extensively in both group and solo shows throughout Canada and in England, the US and Mexico. Her work is held in private collections across Canada and the US.
www.kristimalakoff.com

Carie Helm is a practicing artist, emerging curator and former RAG Curatorial Assistant. She earned a BFA from Okanagan University College (now UBC-O) in 2000 and has organized exhibitions for the Kelowna Art Gallery, the Alternator Gallery and the Richmond Art Gallery and exhibits her own work in solo and group exhibitions throughout British Columbia. 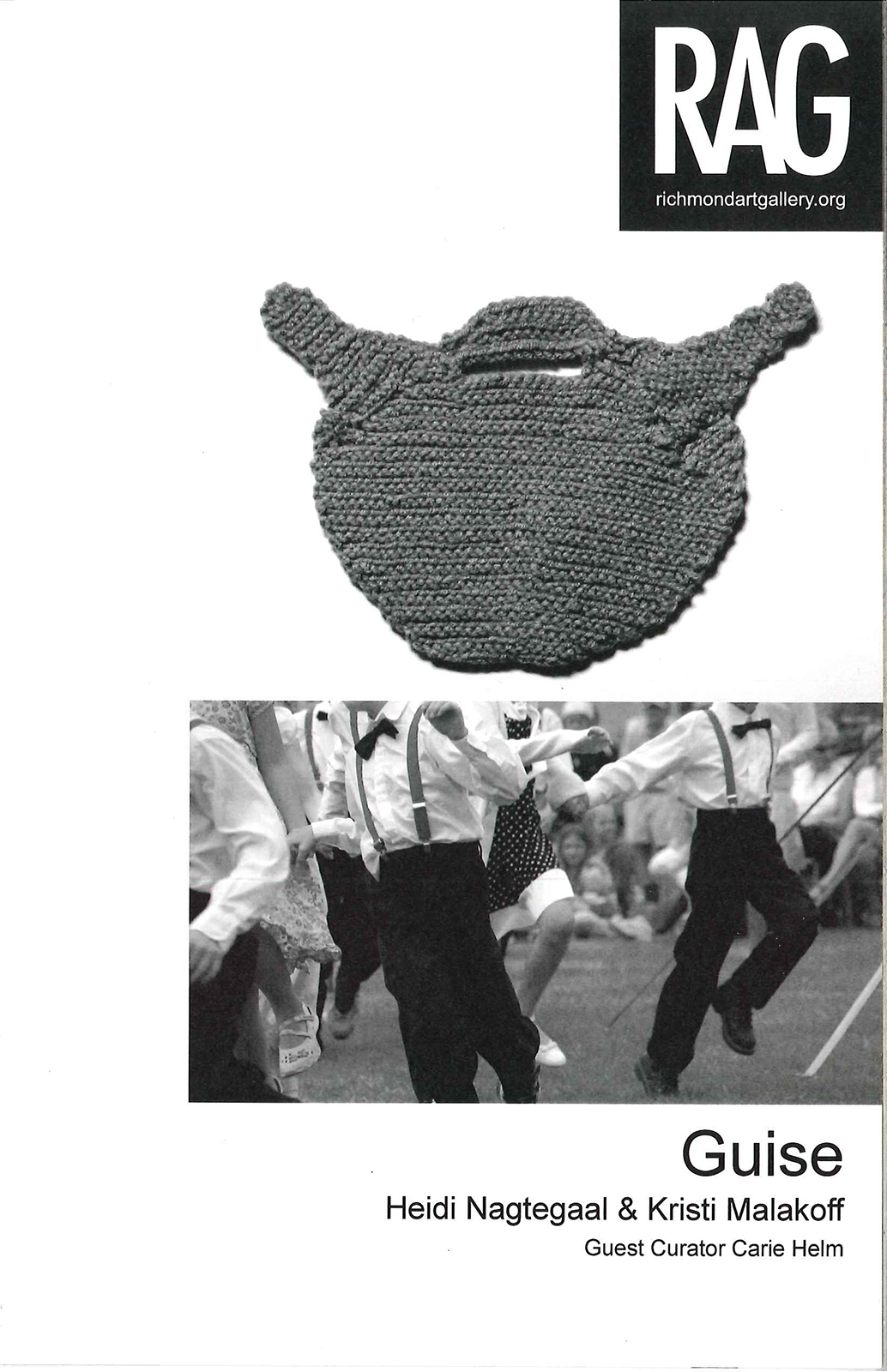