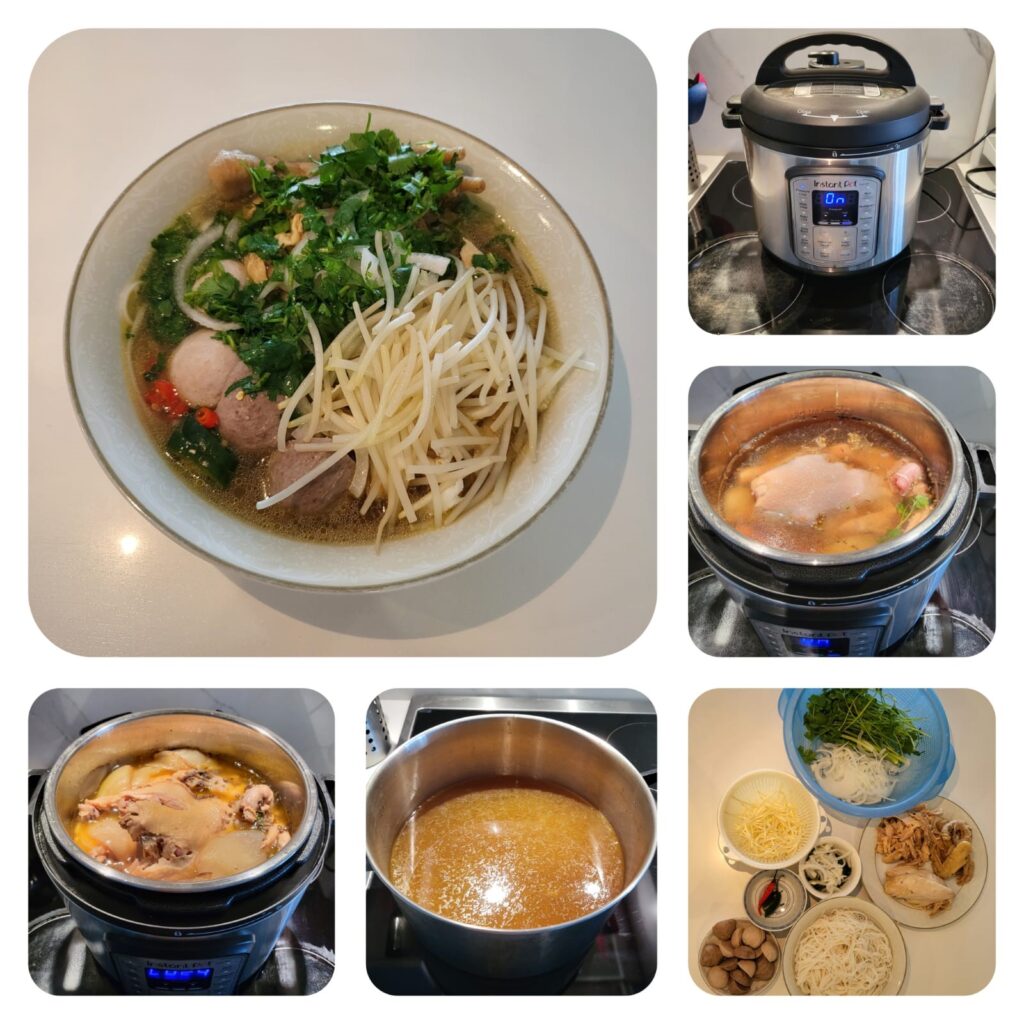 I now won't have to leave my house in order to enjoy a nice bowl of pho.

Toast Spices: Place 1 tbsp (5g) coriander seeds, half a cinnamon stick, and 4 cloves in the pressure cooker. Heat up your pressure cooker over medium heat (Instant Pot: press Saute button). When you smell the fragrance released from the spices (~2mins), remove and set aside the toasted spices.

Char Onions and Ginger: Make sure your pot is as hot as it can be over medium heat (Instant Pot: wait until the indicator says HOT). Pour in 2 tbsp (30ml) vegetable oil and ensure to coat the oil over whole bottom of the pot. Carefully place 2 halved medium onions (flat side down) and the ginger pieces in the pressure cooker. Allow the onions and ginger to char without touching them (~5 mins). At the four minutes mark, add in the crushed garlic clove.

Carefully add in the whole chicken (or chicken drumsticks + thighs) with a tong. If your chicken comes with neck and feet, add them in as well.
Pour in 4 cups (1L) of cold water. Try not to pour the water directly at the chicken as it can splatter chicken’s germs outside of the pressure cooker. Make sure the chicken is at least 90% submerged into the liquid. Close lid and pressure cook at High Pressure for 10 minutes + 20 minutes Natural Release. After 20 minutes, turn the venting knob to venting position to release the remaining pressure. Open the lid carefully.

Prepare Garnish: While the pressure cooker is pressure cooking, thinly slice ½ small white onion and place the slices in a bowl of cold water for 15 minutes to reduce the pungency. Prepare the remaining garnish as described in the ingredients list.

Prepare Banh Pho: When the pressure cooker starts natural releasing, place dried Banh Pho (70 – 80g per person) in a large mixing bowl. Pour lightly salted boiling water into the mixing bowl until the dried pho is fully submerged. Stir & loosen them up occasionally. Once the Banh Pho are cooked through (for 18 – 25 minutes), drain and run them under cold tap water to stop the cooking process.

Strain Chicken Broth: Transfer whole chicken to a large mixing bowl filled with cold water. The whole chicken will most likely fall apart. This step firms up the skin and cools the chicken to touch. Strain chicken broth through a fine mesh strainer and remove the fat with a fat separator or skim them off with a ladle.

Season Chicken Broth: Bring the chicken broth back to a boil over medium heat (Instant Pot: press Saute button). Taste the chicken broth and adjust the seasoning accordingly by adding more salt. It will need quite a bit. Once the chicken is cooled to touch, debone and serve in small pieces or serve in large bone-in pieces.

Eat: Sip some of the hot soup first, then try adding the garnish one by one to taste how they change the flavor of the soup. When you add some Thai basil leaves, the soup will have more complexity. When you squeeze in some lime juice, the whole bowl will transform into another flavor profile. We served our Instant Pot Pho Ga with a side plate of Bean Sprouts, Lime Wedges, Thai Basil, Peppermint Leaves, and Thai Chili Pepper. 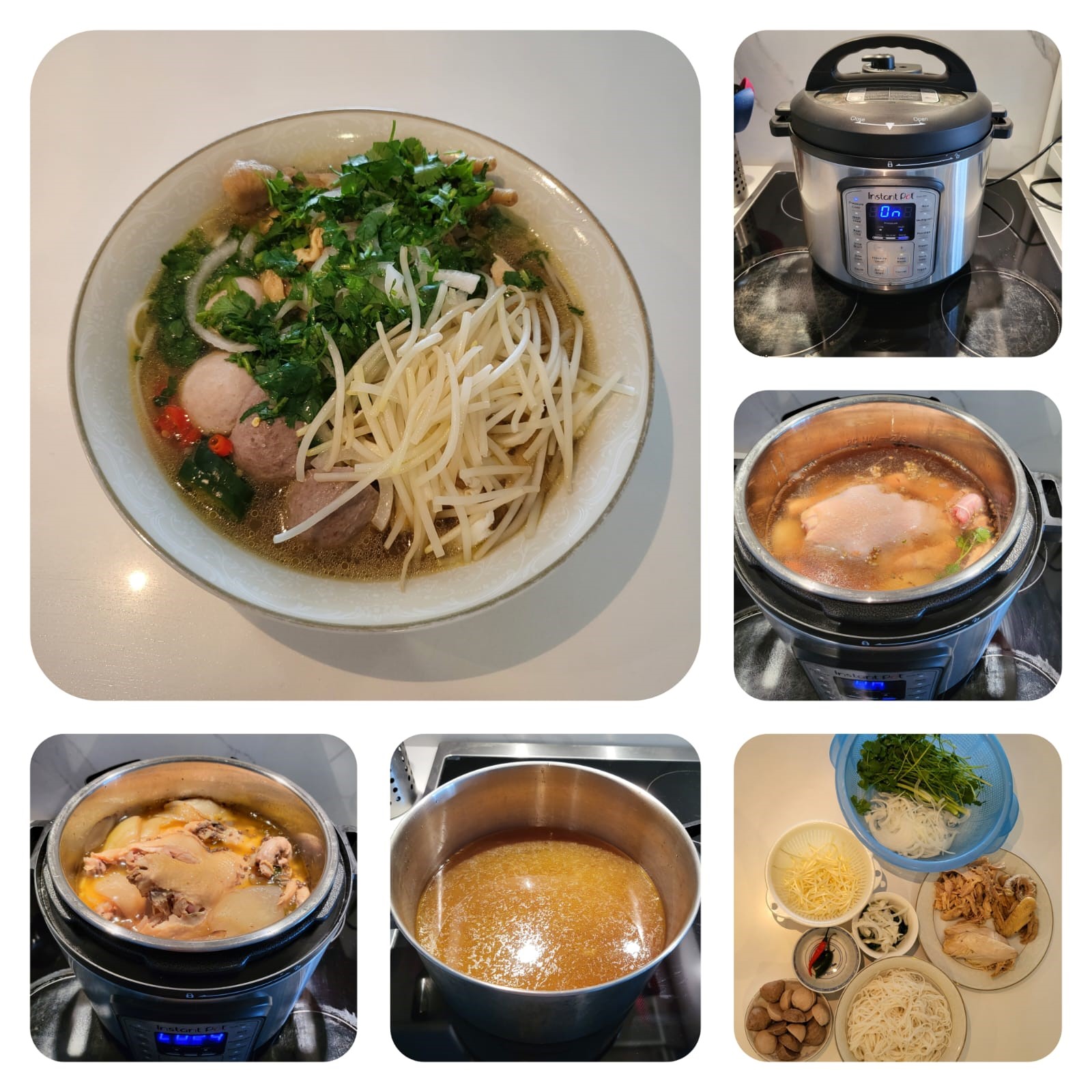 Back to the Virtual Cookbook