VERB WOMAN: the wall is in my head/ a dance of forgetting Above: VERB WOMAN: a kaleidoscopic history, with b. burroughs and Ed Johnson as participants, Sarnia, Ontario, May 2010.
Curator: Nan Capogna


Governor-General Award Winner Margaret Dragu presents her first Gallery-based solo exhibition. VERB WOMAN: the wall is in my head/ a dance of forgetting includes a new video work as well as performance videos and interactive props. Exploring conflict and forgetting within public and private contexts, Dragu’s lens focuses on footage from Berlin and Belfast as well as documentation from her 2009-2011 performances of VERB WOMAN: a dance of forgetting (dedicated to her mother who had Alzheimer’s Disease).

Margaret Dragu has contributed to the Canadian art community through her long practice, her many collaborations, and her inventive approach to multi-disciplinarity. Her practice reaches across four decades, spans the country, has forayed internationally and encompasses dance and choreography, acting, film, video, radio, writing and curating. She has been awarded recognition in the form of Canada Council, External Affairs, BC Arts Council and Ontario Arts Council grants, funding for TV, film and video production, and has been the subject of numerous articles, catalogues and was the first subject of FADO’s Performance Art Legends series.

Above: VERB WOMAN: a kaleidoscopic history, with b. burroughs and Ed Johnson as participants, Sarnia, Ontario, May 2010. 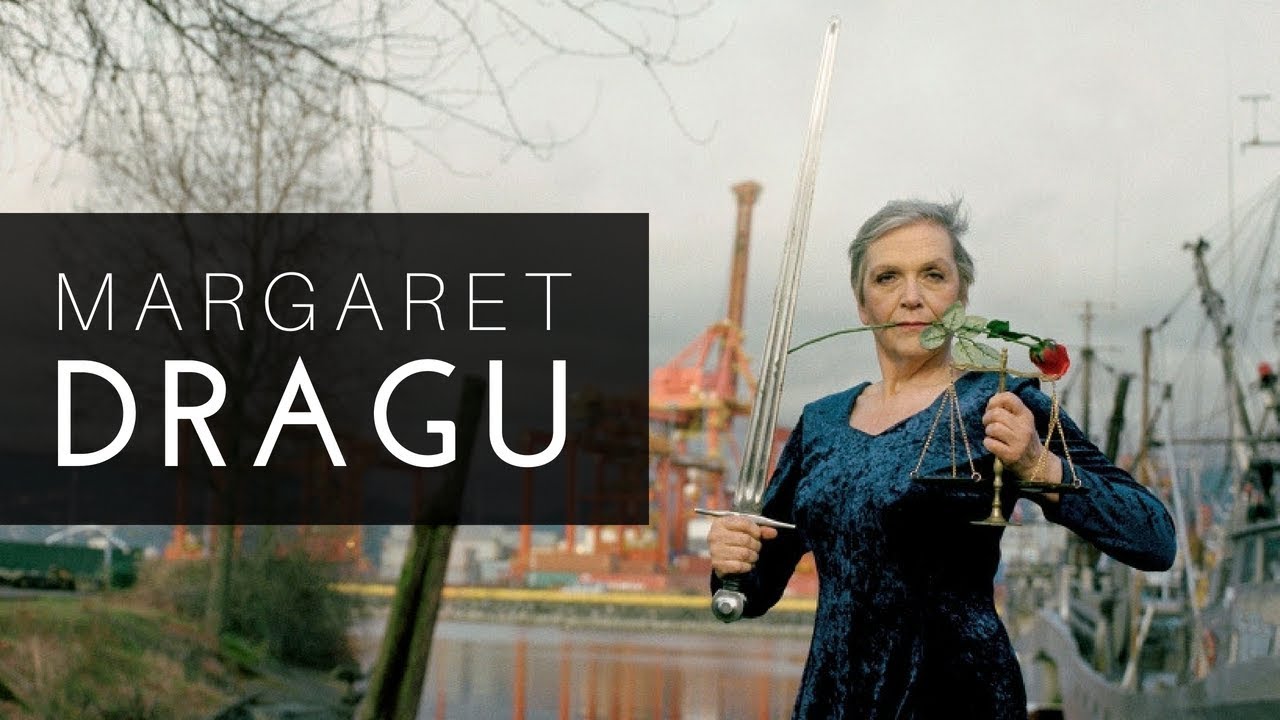 VERB WOMAN: the wall is in my head/a dance of forgetting Richmond youth meet with Margaret Dragu to discuss her work, and give their opinions on her RAG exhibition.